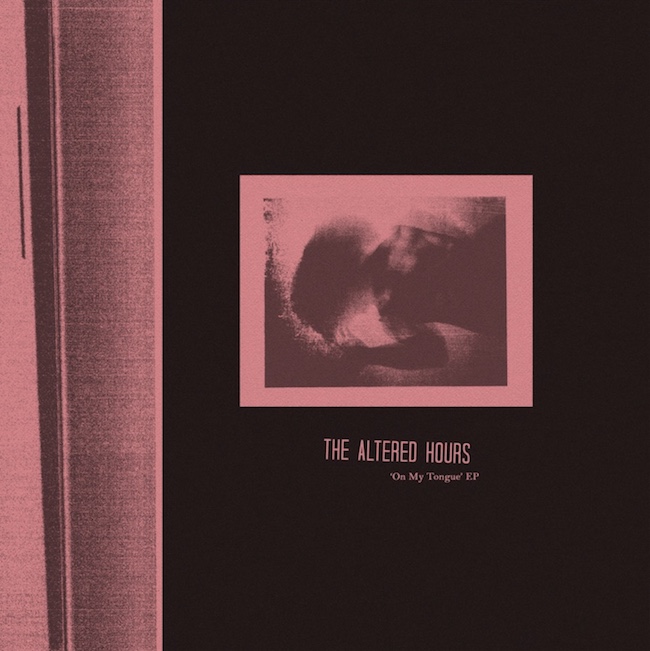 THE ALTERED HOURS
WATCH VIDEO FOR NEW TRACK ‘OVER THE VOID’
NEW EP ‘ON MY TONGUE’ OUT ON 09 MARCH 2018
UK + EUROPEAN TOUR STARTS IN FEBRUARY
“A mini-masterpiece of drone pop… Concise, intense, and impossible to ignore” Clash
“Their sound ranges from ethereal darkness to psych-heavy trance to dreamy shoegaze, which makes it really easy to find yourself enveloped with their singular world” Pop Matters
“Steeped in haze and distortion and armed with mind-blowing structure” The Fader
“Powder-keg stuff that should be handled with care” Crack Magazine

Irish band The Altered Hours have announced details of a new EP ‘On My Tongue’, set for release 09 March 2018 on Art for Blind/Penske Recordings.

Following the release of first single ‘Open Wide‘ last year, the band have now shared the second track taken from their upcoming EP. ‘Over The Void’ is a flash of urgency spun with wiry guitars and shotgun drum rolls. Trashy and fast paced with a sweet submerged melody that builds with proximity and zeal with repeated questioning ‘What did you say to me?’.

Frustration palpable in the face of mystery. A conversation started but not continued. The blind faith of the pilgrim who keeps seeking but does not know why, convinced nonetheless and set alight by the unknowable.
The accompanying video for Over The Void was directed by Helio Leon, cinematography by Izabela Szczutkowska & Helio Leon & edited by Afghaniscan (Robert Watson).

WATCH ‘OVER THE VOID’ VIDEO HERE

HEAR ‘OVER THE VOID’ ON SOUNDCLOUD

On My Tongue EP is released on 09 March 2018 via Art For Blind Records & Penske Recordings on 12″ vinyl and digital.