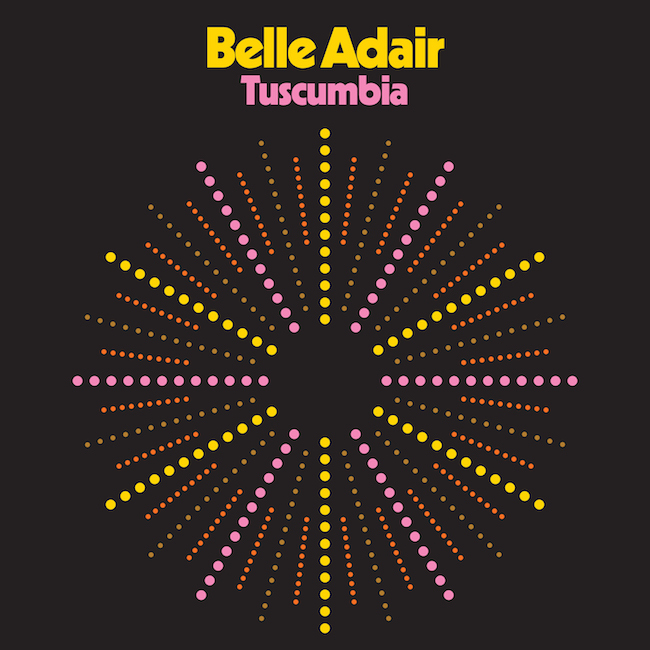 BELLE ADAIR ISN’T YOUR DAD’S MUSCLE SHOALS MUSIC
NEW ALBUM ‘TUSCUMBIA’ – RECORDED AT FAME STUDIOS AND PRODUCED BY TOM SCHICK (WILCO, PARQUET COURTS) – SET FOR JAN 19 ON SINGLE LOCK RECORDS
LISTEN TO NEW SONG “GET AWAY” NOW ON SPOTIFY AND SOUNDCLOUD
When Muscle Shoals four-piece Belle Adair recorded their new album ‘Tuscumbia,’ due out on 19 January on Single Lock Records, they leaned into their hometown’s musical legacy to create a sound unlike anything that’s come out of The Shoals region before. Produced by longtime Wilco collaborator Tom Schick (Real Estate, Parquet Courts, Iron & Wine), ‘Tuscumbia’ was tracked at the hallowed FAME Studios in Muscle Shoals, home to legendary sessions by Aretha Franklin, Otis Redding, Duane Allman, and countless others, and mixed at The Loft, Wilco’s home base in Chicago. The result doesn’t so much update the Muscle Shoals sound as redefine it with chiming guitars, meditative lyrics and a breezy, blissed-out feel.
The eleven new songs on ‘Tuscumbia’ were all written by frontman Matt Green, and the album marks a massive leap forward for a band that’s already been praised by NPR for its “dreamy sound” and by SPIN for songs that “glow with a deep, dusky aura.” Both grand and intimate, far-reaching and deeply personal, ‘Tuscumbia’ is a definitive declaration of identity from a band that bucks tradition in search of their own personal truths.
While Belle Adair is rewriting what it means to be a band from Muscle Shoals, the group’s ties to their local music community run deep. Keyboardist Ben Tanner and drummer Reed Watson run Single Lock Records, which has released music by Alabama artists like St. Paul and The Broken Bones, Dylan LeBlanc, Donnie Fritts and label co-founder / multi-GRAMMY winner John Paul White. In recent years, Belle Adair has also served as something of a house band to other Single Lock artists, backing White, Fritts and others on extensive tours. Through this work, Belle Adair finds themselves at the center of one of the South’s most thriving independent music scenes, building Muscle Shoals into an artistic beacon for a new generation. ‘Tuscumbia’ is out January 19 on Single Lock Records, a full track list is below.
‘TUSCUMBIA’ TRACK LIST