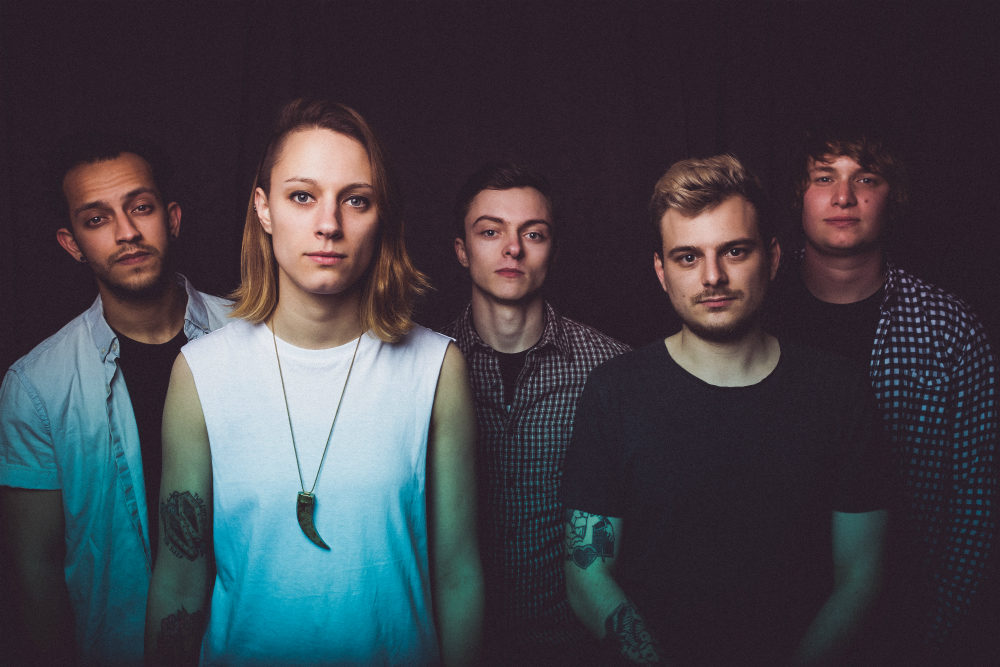 London-based Drones are set to play a special, free entry headline show at the unique Tamesis Dock in London on 28th Nov to celebrate the announcement of their new album ‘Exiled’. The record will be released via Lockjaw Records early next year. Produced by Drones guitarist Tim Kramer at Signal House Studios, ‘Exiled’ is the first full length from Drones to feature the current line-up.

As vocalist Lois McDougall explains, “Exiled is a collection of songs that we began writing after being struck by the misery of the European refugee crisis. Some of the songs are written from the perspectives of fictional characters of those impacted by the crisis, and others of those who prefer to distance themselves from it. Millions of people are suffering every day and it’s a subject that should be kept at the forefront of all of our minds. Music is a great platform for personal connection. We’ve taken a subject that can so easily be viewed as a distant-seeming ‘world-issue’, and tried to make it more personal. In doing so, we hope that people may feel more compassion for the victims, and that those suffering may find an ounce of comfort in these songs. Exiled is dedicated to those fleeing any war-torn country.”

‘Territories’ was a first glimpse at the visceral content within the album and can be heard alongside its hard-hitting music video here. Stay tuned for more music launching around the just-announced London show. Drones are also set to play Manchester Punk Festival in April next year alongside Propagandhi and more plus there will be further live dates announced.

Drones’ previously purely-punk-inspired oeuvre has given way to something that’s further reaching in terms of genre, drawing upon a wider “rock” influence. From playing underground squats to appearing on festival stages, Drones have seen a lot of live action during their career to date and this is not set to let up. The band have already supported the likes of Marmozets, Neck Deep, Gallows, Funeral For A Friend, Heck and H2O, and played Download Festival this year, as well as packing out their own headline shows.