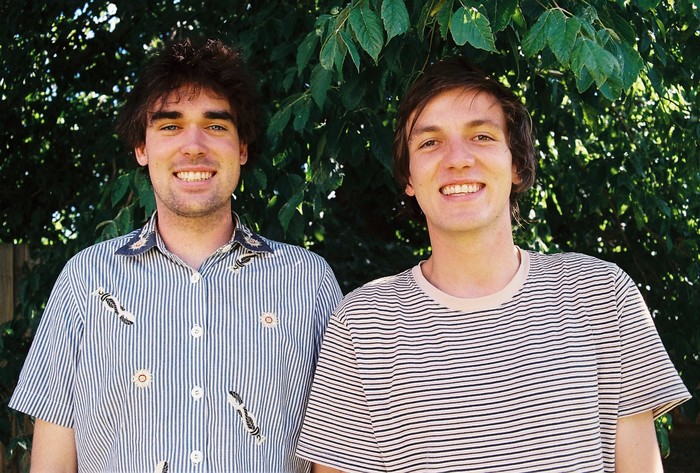 Good Morning
Reveal video for “Don’t Come Home Today”
https://youtu.be/a1OSO1hi7d0
Glory/Shawcross vinyl reissue available now
via Bedroom Suck Records
FULL TOUR DATES (UK shows in bold)
Friday 15 Sept – DK – Copenhagen – Stengade
Saturday 16 Sept – SE – Stockholm – Landet
Tuesday19 Sept – DK – Aarhus – Tape
Thursday 21 Sept – DE – Berlin – Internet Explorer
Friday 22 Sept – DE – Dresden – Ostpol
Saturday 23 Sept – DE – Trier – Ex-Haus
Tuesday 26 Sept – UK – Glasgow – Nice’n’Sleazys
Wednesday 27 Sept – UK – Manchester – The Castle Hotel
Thursday 28 Sept – UK – London – The Shacklewell Arms
Friday 29 Sept – UK – Brighton – The Joker
Saturday 30 Sept – FR – Paris – Espace B
Tuesday 3 October –  BE – Antwerp – Trix w/ Trailer Trash Tracys
Wednesday – 4 October – NL – Groningen – Vera
The new video for the track “Don’t Come Home Today” by Australian duo Good Morning was premiered via Gold Flake Paint, who wrote; “As charmingly wobbly and lofi as you’re probably expecting, the new hand-held video is a triple-split-screen exhibition following both Stefan Blair and Liam Parsons through a variety of set-pieces. Matched by the fuzzy but golden glow of the song itself, which has become something of a signature composition for the pair, playing out beautifully across both of their previous EPs, the whole thing is a timely reminder of their unhurried magic before they fly across oceans, in to your waiting arms.”
The track is taken from Good Morning’s new album, which combines their previously released EPs Glory and Shawcross on LP via Bedroom Suck. Blending lo-fi minimalism with fuzzy melancholia and hazy melodies, “Don’t Come Home Today” is a mesmerising slice of bedroom pop.
The band will be heading out to Europe on tour in September, with UK dates in Manchester, London and Brighton – with more shows to be announced.
Good Morning are a two-piece recording project made up of Stefan Blair (Gemini) and Liam Parsons (Aries) from Melbourne, Australia. The two met in high school and have been writing songs ever since. In 2013, they went halvesies in a Foxtex 4 track tape machine. Good Morning is the result of that investment.
They have released two mildly received EPs, Shawcross and Glory, and some similarly received singles. In a live-setting they are joined by James Macleod (Libra) and John Considine (Sagittarius). Together they have performed in the United States at CMJ Music Marathon and most of Australia. Career highlights include that time Urban Outfitters asked to play their music in stores and when Tyler, the Creator tweeted the cover of Shawcross.
This July, Melbourne-based independent label Bedroom Suck Records will re-issue these two beautifully produced and incredibly catchy records on one 12 inch vinyl package, available from July 7, 2017. The package comes with a digital download of all 13 tracks, as well as 6 digital-only singles including “Step Aside”, “On The Street” and “A Vessel”.
“The slow tempo and gentle instrumentals are simply mesmerizing.” –The Fader
“Evoking both the hazy, slacker tones of Captured Tracks superstar Mac DeMarco with the bittersweet bossa nova act Little Joy … layering sliding guitar ditties and mellifluous harmonies over fuzzy guitar strumming.” –SPIN
“On their newest single, things have been stripped down, releasing a solemnity that’s both soothing and intriguing. I love the feeling of a good home recording, there’s something comforting in that…and while this may be a studio track, it has the personal feel of that bedroom soliloquy.” – Austin Town Hall
Watch video for “To Be Won” here:
https://youtu.be/cS2sH4xF-CQ
http://bedroomsuckrecords.com/