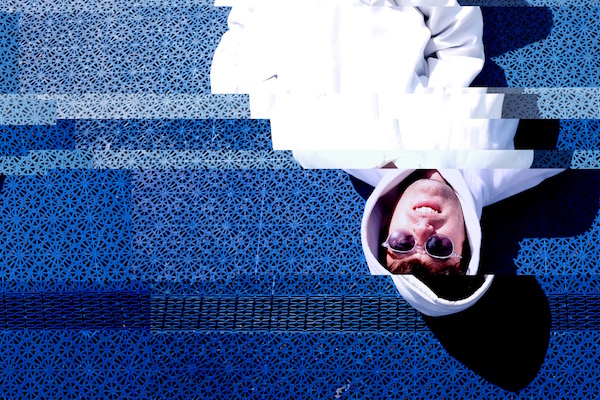 With his self-titled debut album set for release next Friday, July 28th via Headcount Records, FAKE LAUGH has shared a 3rd track from the album and confirmed an October UK headline tour.

Encapsulating the sparkling melodies and affectingly honest lyrics that hallmark this compelling debut, London-basedKamran Khan explains latest single ‘As I Get To Know You Better’, saying: “This song is essentially about friendship. The experience of being enamoured with someone, but then learning their flaws and revealing yours to them, and this revealing ultimately bringing you closer together.”

Fake Laugh’s self-titled debut album arrives this July as the delicate accumulation of years of experimentation. Unfurling slowly, the full length has been a gradual process: part playfulness, part search for pop perfection. Tuning into the digital disconnect of contemporary life, the album is a vivid rummage through the familiar worlds of love, confusion and self-questioning, refocused through the bright lens of Berlin-born, London-based artist Kamran Khan.

Currently touring as a member of The Japanese House, and having previously played in Lovepark, Khan has been tirelessly grasping time in between for writing and recording whenever possible. A busy 2016 saw Khan release the energetic ‘Ice’ EP, the bubbly trepidation of double A-side ‘Mind Tricks/Birdsong Lullaby’ and the more complex and serene ‘Great Ideas’ EP. All three were important steps towards setting the foundations for his debut album.

Khan confesses that once upon a time Fake Laugh was “a bit of fun on the side”. However, now with the project his sole focus, there’s a revitalised commitment to recording that saw him finishing the album this year. Working with producer Theo Verney (Traams, O.Chapman), Khan brought the intimacy of his bedroom recordings and sentimental lyrics to glistening pop melodies that belie a much bigger and more accomplished sound.

Inspired by the likes of Broadcast and Beach House, Verney and Khan looked to create something opaque but gripping. Or as Khan puts it: “ambitious good pop songs”.

“I wanted to make a point of writing more traditional and direct songs” he explains. “I wanted to make sure that every part I wrote for each instrument was as melodious as possible. That sort of super satisfying feeling you can get from music sometimes is the aim for to me. The challenge is being able to hit that spot.”

The result is a record that flows with a wise but youthful abandon, hinting at latter Belle & Sebastian records that retained their adolescent flare and longing. Khan’s big gestures on the record utilise a dreamy sense of crushed idealism, finding a delicately balanced juxtaposition between hope and despair amidst the deceptively radiant guitar tones.