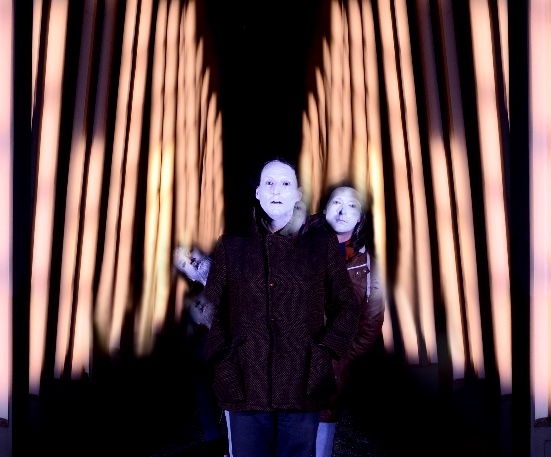 White Wine spirals into the malevolent, intoxicating and disorientating world of dark beauty Joe Haege has touched on with previous projects (Tu Fawning, 31 Knots, Menomena & The Dodos). This new line-up finds Haege delivering the most realised, intense and, at times, horrifying music of his career. Menacing sermons backed by effects-heavy bassoon and aggressive, off-kilter percussion, creating an uneasy cinematic mood – one that draws upon dystopic visions to ’60’s style Film Noir.

Killer Brilliance emerged, he says, from the trio’s need “to get something dark and sinister out of our systems”, and this is reflected, too, in the album’s title. “We’re all killers in some way or another,” he continues. “Some kill hope. Some kill honesty. Some kill fear. Some kill greed. Some kill out of greed.  All kill, in some ways, for our sheer survival. However, the underlying fact is that so many ways of killing are simply amazing in their complexity. When you really dig into the details, one can see how there is no escaping a little bit of blood on everybody’s hands.”

There’s so much complexity in life and human emotion that I have a hard time feeling convinced a song is always either happy, sad, melancholic, angry or scared. I look at these emotions like elements that are constantly colliding with each other, so it’s my duty as a songwriter to reflect that. I want to fall in and out of the cracks of genres, finding the nerves not yet hit. It’s usually in the disturbing part of the spectrum…”

So says Joe Haege, who’s earned a reputation for unsettling sounds. Haege formed White Wine (also known early on as Vin Blanc) as a solo project, but it developed into an informal duo following the release of second album, 2013’s In Every Way But One, after Haege invited Menomena / Tu Fawning soundman Fritz Brückner to join him on a European tour. When an apartment fell vacant next to Brückner’s home in Leipzig, Haege deserted Los Angeles, and, newly settled in Eastern Germany, added Chistian “Kirmes” Kuhr (of local heroes Zentral Heizung Des Todes) to the coven while helping to build what would become White Wine’s default home, Haunted Haus.“Having our own fully functioning studio,” he points out, “is just an incredible tool to have at our disposal.”

Killer Brilliance piles in with the rabid ‘Broken Letter Hour’ and the desperately tense ‘Hurry Home’ (which opens notably with the line “Feeding on the flesh of the young and indifferent”) before the extraordinary title track, with its sinister chorus, pops eardrums and eyeballs. There’s also the Birthday Party malevolence of ‘Falling From The Same Place’, the growing threat of ‘Abundance’ – which addresses notions of prosperity and its price – the baroque, carnivalesque ‘I’d Run’ (“Release the devil!”) and the deceptive calm of ‘Bird In Hand’, which begins with Haege’s description of how “The streets were just crawling with people just dying to breathe…” and concludes with the ugly truth that “When one of us wins, some of us must lose”. 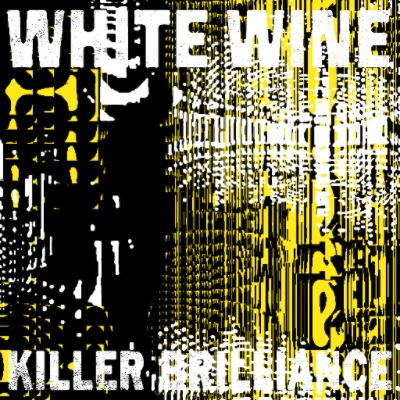