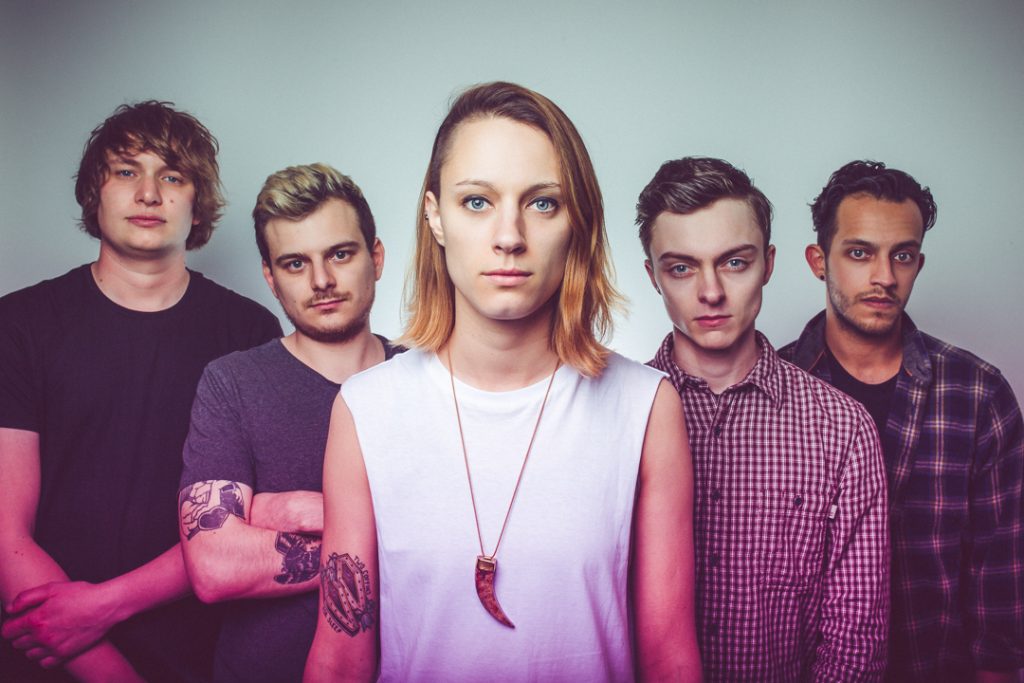 Socio-political punk five-piece Drones have revealed a new single and video, ‘Territories’, which is a track particularly pertinent to these volatile and uncertain times. The visual accompaniment also illustrates the feelings behind the track. Vocalist Lois McDougall explains “’Territories’ is about how bizarre I find the concept of relying on one person (and therefore parts of their personality) to represent and rule a country. Humans are fallible. When we’re growing up we’re taught to work in teams, then we’re ‘released’ into a world where we’re governed by authorities and slotted into a hierarchal structure. The pressure put on prime ministers and presidents to ‘fix things’ is in itself detrimental. They become biased, exhausted, irrational… No one person should have that amount of power, despite the nature of their intentions – It’s not good for anyone. The song also touches on the power that this person has over border control. They can either conform with the ‘them vs us’ idea, or help to break it… Or, we can fight to change the system ourselves.”

There’s a relatively new incarnation of Drones now in full effect which has seen the introduction of vocalist Lois McDougall and guitarist Tim Kramer, who have added new depth and ferocity to the band’s sound. This new line-up are currently working on their first full-length release together which is expected to be released at some point in 2017. The record will be the second under the Drones moniker but will certainly be marking out a new era for the band. Kramer is also on production duties for the new material.

From playing underground squats to appearing on festival stages, Drones have seen a lot of live action during their career to date and this is not set to let up. The band have already supported the likes of Marmozets, Gallows, Funeral For A Friend, Heck and H2O, as well as packing out their own headline shows. The Drones show can next be seen at Download Festival on 10th June.