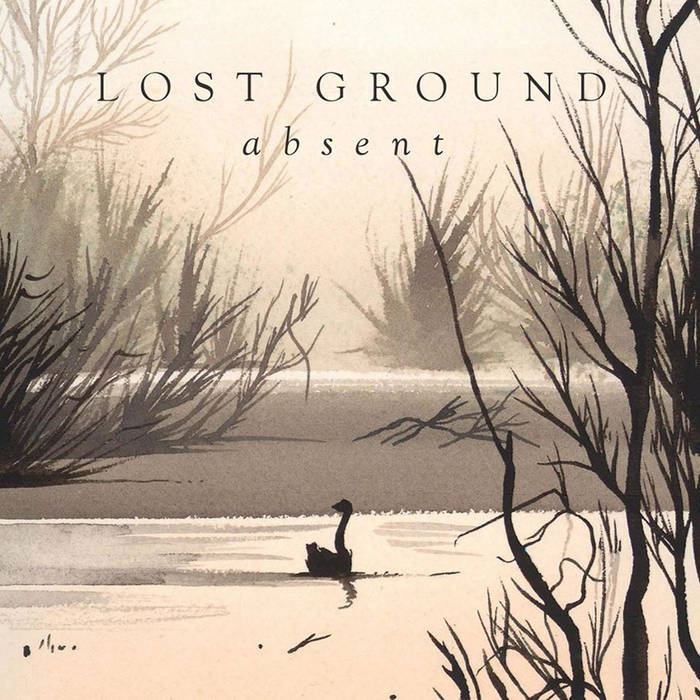 Effortlessly melding catchy melodies with a grittier math rock sound, On Absent, the latest EP from Lost Ground, the band have found a knack for emotionally pleasing and challenging rock songs that will stick in your head for a long time after you’ve finished listening to them. Opener Ghost has those math rock flourishes coursing through it but rather than being abrasive as can sometimes be the case, they are presented in a much more accessible way that runs alongside the songs driving rhythms.

This opener sets the tone for Absent, a tone that continues with the more caustic Holier Than Thou, a hopeful track that feature some stirring playing from both the guitars and the rhythm section, all working in harmony to create a piece of music that can only be described as heart wrenching at times, exhilarating at others as well as featuring some moments that are both stirring and challenging and this mix is all too powerful.
Lumiere initially seems to have more of a downbeat sound but this rises and rises as the song reaches its finish, resulting in an upbeat wall of sound towards the end that fades out brilliantly.
The short but sweet Absent concludes with the jagged melodies and emotionally charged vocals of Limestone, a song that fully demonstrates the math rock side of the band, more than the rest of the EP. The track is a low key way to finish the EP off but it is an approach that seems to work and shows a different side to the band and their music.

Absent is a promising start from Lost Ground and these up and comers will be a band that you hear a lot more from in the future.

Lost Ground- Absent is out now!