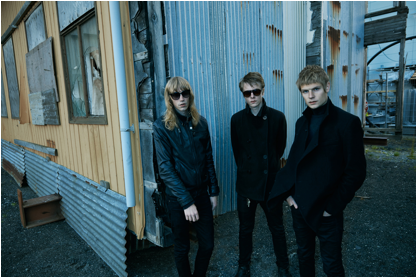 via THE LINE OF BEST FIT

“Fufanu shine a light into the bleak, mid-winter darkness.” 4* – MOJO

“Like the land of fire and ice from which Fufanu came, theirs is a melting pot of disparate flavors, bits of crunchy post-punk blended with cold techno and chewy synthpop.” – Consequence of Sound

“If much of Fufanu’s music to this point has sounded like there’s a dense, toxic cloud hanging above, Sports races towards a point where the bleakness parts and lets some kind of strange sunlight in.” – Stereogum

Huge, great, bleak towers of sound. Nimble rhythmic undercurrents. The unlikely ghosts of both post-punk and techno. Nobody sounds like Fufanu, but 18 months on from their hugely acclaimed 2015 debut, ‘A Few More Days To Go’, the Icelandic trio’s eagerly-anticipated second album, ‘Sports’ sees the band return with a palpable sense of urgency and a fresh spin on their dark, new-wave-esq electronic-driven post-punk. Produced in Iceland by Nick Zinner of the Yeah Yeah Yeahs, agitated, brooding singles ‘Bad Rockets’ and title track ‘Sports’ dropped in 2016 to a fantastic critical reception. The album is out now on One Little Indian Records.

For 2017, Fufanu are changing – “growing up” – as multi-instrumentalist and lead guitarist Guðlaugur (“Gulli”) Einarsson calls it. ‘Sports’ employs driving grooves, stand-out pop melodies – occasionally reminiscent of Krautrock legends Neu! – and sophisticated arrangements. The follow-up album reflects their experiences during a hurricane two years, in which they have rocketed from making a big splash at the 2014 Airwaves festival in Reykjavik, to touring the UK with The Vaccines, to playing with fan Damon Albarn at London’s prestigious Royal Albert Hall and even supporting the Blur singer’s legendary group at a huge event at London’s Hyde Park.

One thing Sports does retain from A Few More Days To Go, though, is Kaktus’s knack for writing compelling, enigmatic words. “I think that’s quite important,” considers Kaktus. “When writing lyrics, I could spell everything out and tell the story, but it’s healthier to take time and really dig into the lyrics, so that people can take their own experiences out of it.”

Thus, ‘Sports’ isn’t about sports at all.

“It could be about getting really obsessed with a chocolate brownie, or it could be about a boy or girl and being obsessed with getting them on your side,” says Kaktus, enigmatically. And what of the striking undercurrent of melancholy than runs through Fufanu’s music like a rich seam of precious metal? Where does that come from?

“I don’t actually know,” admits the singer. “I am a really happy guy. I’d love to say. ‘Oh, it’s a typical Iceland thing’. It’s the darkness, the volcanoes, but although I love the darkness in the winter, it isn’t that. I just find that writing lyrics becomes my outlet for more emotional and sometimes more negative things. We’ve all got a bit of melancholy in us.”

Officially, the Fufanu story begins in 2008, when Kaktus met Gulli in school, and – glancing at his schoolmate’s iTunes, noticed that they listened to a lot of the same techno and electronica. However, in a way, the Fufanu story begins before Kaktus and Gulli were even born: in the early 1980s, when Kaktus’s father Einar (who sang alongside Björk in legendary band The Sugarcubes) started bringing English post-punk records back to Iceland from London, and then inviting the likes of The Fall and Crass to play in Reykjavik.

Thus began a post-punk influence on Icelandic music which stretches from music to (independent) ideology, but although Kaktus and Gulli heard the records a lot when they were children, the influence is more unconscious than conscious. Their big early influence was techno, and in the same week that they met at school, they entered a studio and started to make electronic music. Naming themselves Captain Fufanu (“Fufanu” doesn’t mean anything, but the name suited the world that they created), the pair began DJ-ing, “bringing techno back to Reykjavik”, and, within a month of meeting, were playing their first show.

When the studio was burgled and all Captain Fufanu’s music taken, this fatefully combined with a desire to reinvent the band. Although Captain Fufanu were instrumental, Kaktus had started writing lyrics during a stint in London, where he worked on Damon Albarn’s Everyday Robots album. While he was away, Gulli had been creating a new soundscape, which Kaktus says “really conveyed what I was thinking.” In came organic instruments to add to the electronics, and Kaktus discovered that he had a stark, imposing voice that suited the songs perfectly. Fufanu’s inimitable sound was born.

‘A Few More Days To Go’ captured that sound in tracks such as Circus Life and Blinking, which rage and brood with a malevolence rarely found in current music. Now, ‘Sports’ – which sees the duo expand to a trio, with the addition of drummer Erling “Elli” Bang – elevates this. Through it all, they’ve retained their pioneering spirit, but written the music that they dreamed of.

“When we added live instruments, that took us to ‘A Few More Days To Go’,” considers Kaktus. “In a way, ‘Sports’ is taking us back to techno and out again, squaring the circle, with more sophistication. It sounds stupid, but it’s music for people who really like music.

“We’ve never tried to fit into any type of music and are not worried about being part of any genre. If we were, we’d probably just be another copy of Arctic Monkeys or something. It would be so easy to try and rewrite music by someone else, or follow what’s currently fashionable, but we’ve always wanted to find our own way.” 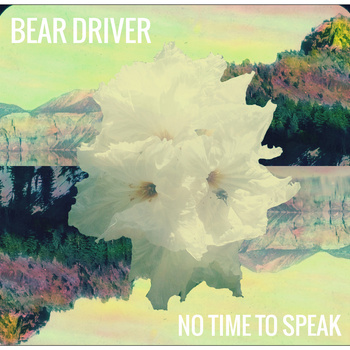