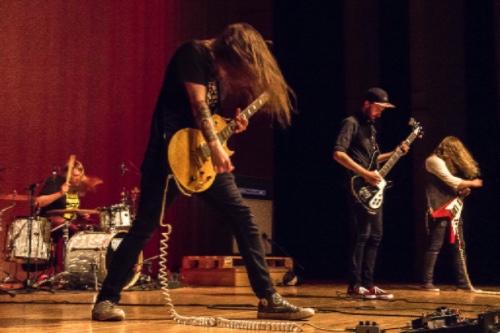 Explore The Void by Craneium is released on 9th December

Craneium was formed 2011 in Turku, in a rural village called Ostrobothnia on the Finnish bible-belt where the people that reside there are more inclined to nod at the pages of a holy book, than the heavy riffs of a Black Sabbath number. As native outsiders, the band’s sole intention was to write and record the most intense rock and roll imaginable.

Eager to perform, the quintet immediately headed out onto the road and into the wilderness to play a selection of live shows, penning tunes as they went along. Releasing The Slowerdrive Tapes on cassette in 2013 and a 12″ split in 2014 with fellow Finns 3rd Trip, Craneium spent a lot of time crafting the songs that would eventually make it onto Explore The Void, a fifty minute journey through heavy rock, fuzz and groove-laden band jams. The band’s sound – a constant ebb and flow of many different influences – all rely on the power of performance and on stage their energetic nature truly comes to life. While by their own admission they are hardly reinventing the wheel, make no mistake that few spin it as fast and hard as Craneium at full throttle.

Explore The Void will be released on LP/CD/Digital through Ripple Music on 9th December 2016. In the meantime you can stream, share and download the song ‘Imperial Duster’ for free via Ripple Music’s Soundcloud page – https://soundcloud.com/ripple-music/01-craneium-imperial-duster 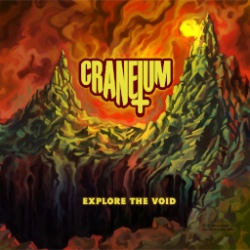 Track Listing:
* CD only, not on vinyl version