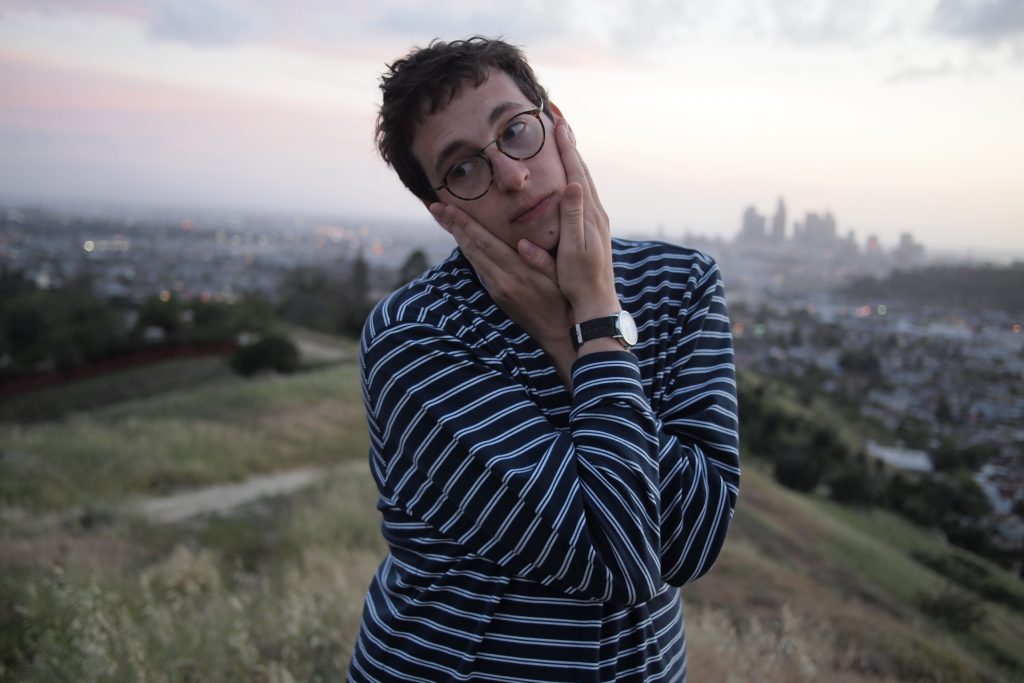 The spectacular mantra of LA-based Lucas Nathan, Jerry Paper returns with the announcement of a new album, Toon Time Raw! out June 17 on Bayonet Records. The first taste from the project’s eighth record is “Ginger & Ruth”, which showcases Nathan’s pop-sensibilities to the fullest extent. Toon Time Raw! is a continuation of his amoebic mission. Whereas his previous seven albums featured him alone — with his synthesizer, drum machine, and the occasional guitar — this new record features backing instrumentation from Easy Feelings Unlimited, a jazz band who has asked to remain anonymous. Though the synth sax has been traded for real brass, it’s still the same Jerry songwriting.

Jerry Paper is a projection of his Self — mutated into a vessel for catharsis and self-caricature. Jerry’s songs deal with matters of loneliness, transcendence, corruption, and existential contemplations, all filtered through his idiosyncratic lens.

Emerging from a steady diet of Erasmo Carlos, Stereolab, Kevin Ayers, Prefab Sprout, Todd Rundgren, and Steely Dan with hefty doses of George Saunders and Don DeLillo, Toon Time Raw! is a metamorphosis of Jerry’s style that nonetheless retains his characteristic wit and sentimentality. Musically, the album fills the space somewhere between jazz-rock, sophisti-pop, and psychedelia. Lyrically, the album follows a cast of anthropomorphic animals navigating their cartoon reality, facing “the quotidian aches and pains of being a Being.” Can you imagine if Martin Heidegger created Looney Tunes? Jerry already did.
Toon Time Raw! is out June 17 on Bayonet Records.
TRACKLISTING
1. In The Puzzle Room
2. Ginger & Ruth
3. Zoom Out
4. Kill the Dream
5. Stargazers
6. Benny Knows
7. Gracie II
8. Comma for Cow
9. Elastic Last Act
10. Hijinks Ensue
11. Shouldn’t You Be Laughing?
12. Jumbo Ron
13. Plans
14. Nirvana Mañana 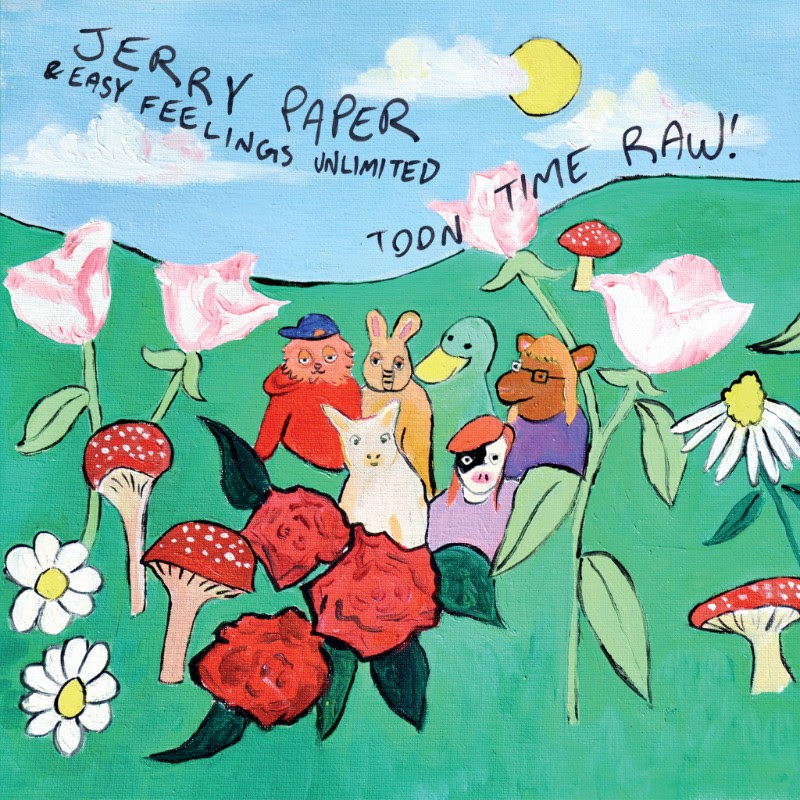