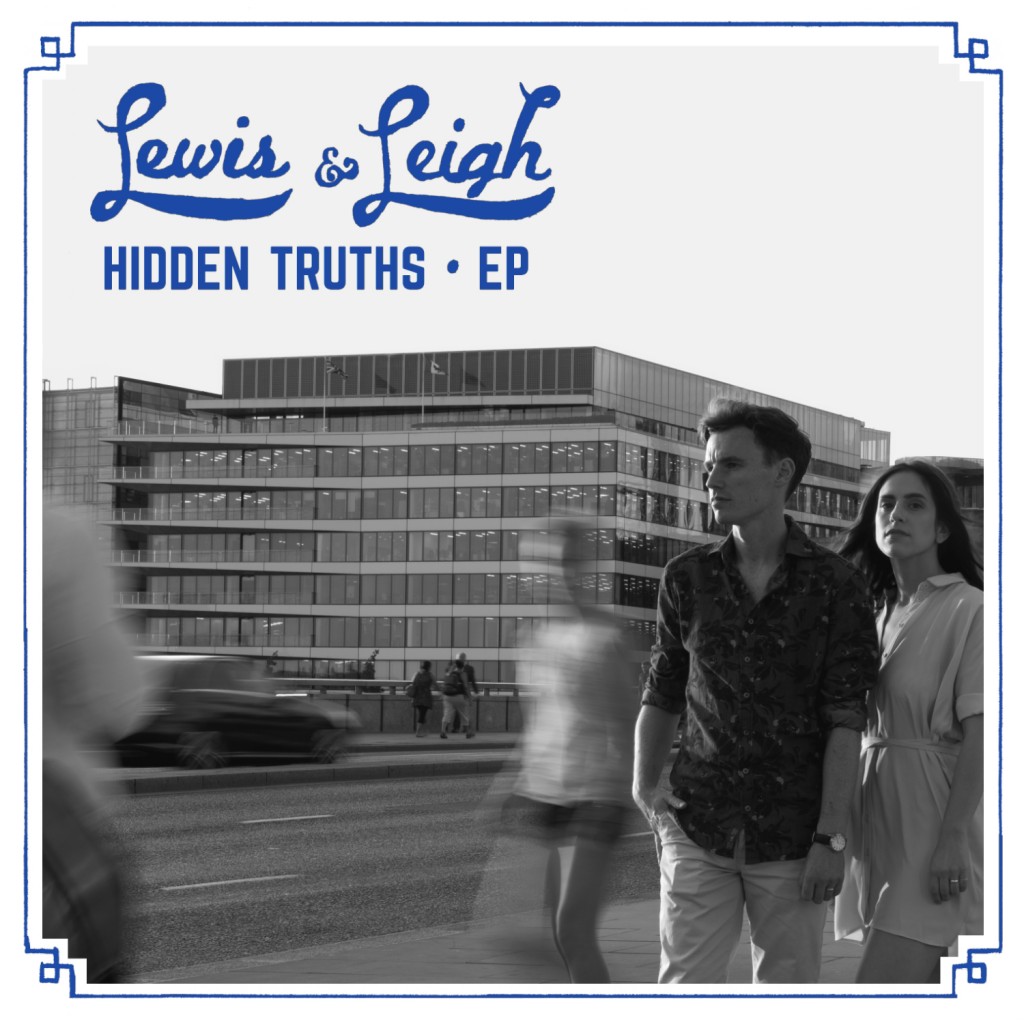 Lewis & Leigh are delighted to announce the release of their third EP Hidden Truths. They’ve teamed up once again with Matt Ingram & Dan Cox at Urchin Studios – the team behind Laura Marling’s latest album ‘Short Movie’. The EP features their take on Elton John’s ‘Country Comfort’ from his 1970 country album Tumbleweed Connection. The duo filmed the video for the cover in an old church in London and paired it with archive footage of American farms in the 1950s.

The roots of Lewis & Leigh stretch from the Deep South all the way over to the Welsh coast. Drawing on the rich heritage of these two musical hotbeds, Al Lewis and Alva Leigh create a unique blend of Celtic folk and Americana… or ‘Celticana’ as they like to call it.

In early 2014, Al & Alva began writing songs together with no plan in mind. They quickly bonded over their love of Whiskeytown, Gillian Welch, and the Band. Within weeks, these country-tinged folk songs tumbled out to form a life of their own, and suddenly Lewis & Leigh was born.

‘What Is There To Do,’ the lead single from their debut EP Night Drives spent four weeks on the BBC Radio 2 playlist and last July their frst gig was opening for Grammy- nominated songwriter John Fullbright. Following the release of their second EP, Missing Years, they performed live sessions on BBC Radio 2 for Dermot O’Leary and on BBC Radio Scotland for Ricky Ross.

This year they’ve been busy, appearing at renowned festivals such as Celtic Connections, Country 2 Country, SummerTyne, and Cambridge Folk. In September, they will make their debut in Nashville at the Americana Festival supported by a grant from the PRS Foundation.