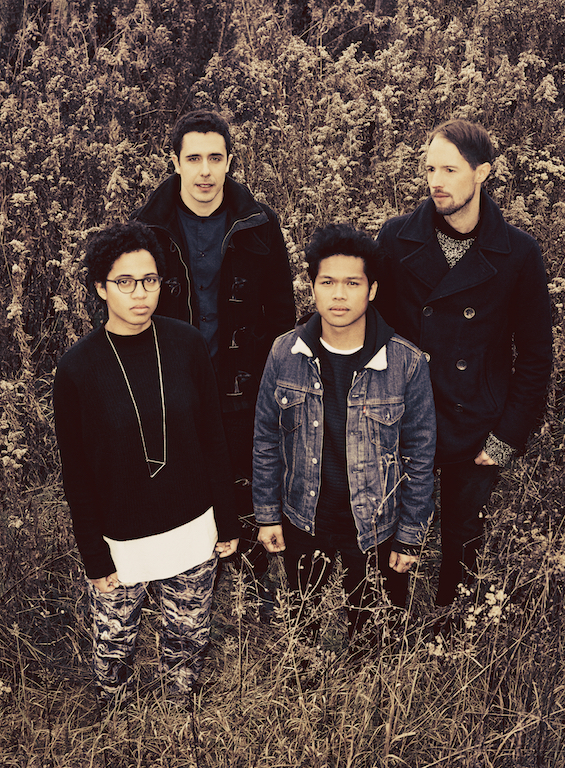 “A potent, invigorating introduction to the band’s charms” Clash (Track Of The Day)

Canadian four-piece Folly & The Hunter’s name originates from the subject matter of their songs: the absurdity & foolishness of searching for elusive satisfaction and happiness in the wrong places.

They are now pleased to share new single ‘Awake’ – due Sept 25th via Outside Music/Proper.

‘Awake’ showcases the quartet’s atmospheric folk pop, all cinematic swells and beautiful harmonies with an enthralling simplicity: “At night, I stay awake with you, the way we used to do. That feeling tames the beast that lives in me”

Taken from their forthcoming 2016 album (more details to be announced shortly), ‘Awake’ was written whilst the band toured across North America including shows at SXSW and supporting fellow Montreal act Half Moon Run across Europe. Clutching quiet moments in between cities, lead singer and lyricist Vallee penned words and melodies in seclusion.

Additionally, Folly & The Hunter’s new LP is produced by Howie Beck (Feist, Great Lake Swimmers, Barenaked Ladies), who pushed the band beyond their comfort zone to grow from their folk foundations into a polished pop aesthetic.