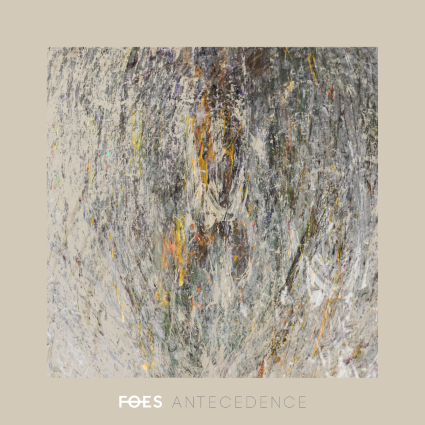 An intense release crushing everything from start to finish.

The release is the follow-up to their 2014 debut ‘Ophir’ – an intriguingly unique record, which saw the band set out their stall as a refreshing blend of post-punk and alt-rock. Since then they’ve been busy sharing the stage with the likes of 36 Crazyfists, Hacktivist. Press To Meco and The Icarus Line, before returning to the studio late last year to work on ‘Antecence’.

The new material sees them build upon the strong foundations laid on Ophir, thoroughly growing into their own skin with an accomplished display of both their technical ability and their songwriting prowess.  Inspired by Karnivool’s grand, progressive attitude, and tinged with the darkness of Cave In and Deftones, their cinematic approach to heavy music sees them blend intense guitar work and battering double-bass pedal drums with an intricate array of effects and tempo changes that owe a debt of gratitude to post-rock giants like Maybeshewill and ASIWYFA.

“We’ve tried to be as honest as possible with the new EP” comments front man Chris Mackrill “I hate it when music isn’t about anything in particular, it winds me up. Even if it’s just  an idea of a subject that develops, at least it has a subject. When songwriters are asked what their songs are about and they’ve no idea, I just can’t see the point in that.”

The new release digs deeper into Mackrill’s personal existential struggles as well as taking a more honest approach than ever to examining the minute details of his friendships and relationships. ‘No Sleepers Verse’ is a story of a friend caught in a toxic relationship; “it’s hard to say that to a mate though” admits Mackrill “so the first verse of the song is what I wanted to say to him. The rest of the song is me writing from his perspective about what I thought was going through his mind – I’m not sure if I nailed it, you’ll have to ask him!”

The closing track on the EP, ‘El Penembra’ is a particularly honest offering, that touches on the songwriter’s own diagnosis and subsequent acceptance of a medical condition.

“Before I’d been to the doctors I wrote some lyrics which I found whilst we were writing the new EP, and they seemed to fit with the song” the front man explains “The title came about from a film Joe had watched called Big Fish; in the film they describe a man who blocked out the sun when he was picking oranges, and his nickname was ‘El Penumbra’ which translates as The Shadow. We realised that it fitted pretty well with the subject of the song, and specifically the line; ‘My life’s been shadowed in the wake of a disease.’“

With further UK tour dates to be announced and a huge swell of support for the band at a wide range of press including DIY, Clash, Rock Sound, Kerrang and many more, ‘Antecedence’ looks like a mighty next step from a band already being earmarked for big things in the near future.