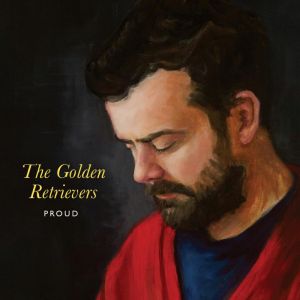 The Golden Retrievers are the pet project of frontman Clyde Wright and guitarist Jonathan Dunning, whose early material feels inspired by the sun-dappled melodicism of Laurel Canyon and the cultured musicality of ‘yacht rock’ – they cite Judee Sill and Bread as central influences. The pair met all of 15 years ago, a friendship formed through the time-honoured method of an advert in Loot that Jonathan placed for a like-minded musician, and they decided that the next song on the iPod would become the band-name: cue ‘Golden Retriever’ by Super Furry Animals.

Wright and Dunning – together with other musicians working with them under The Golden Retrievers name – have served sufficient dues in their attempts to make people feel good again about the craftsmanship of classic, guilt-free songwriting. Clyde Wright was brought up in Bexley, near Dartford. He was raised largely on his dad’s collection of American vinyl, and the value of musicianship was instilled early on: “My parents met at art school, and my earliest memory of music is all their friends sitting downstairs surrounded by LPs. So I grew up around people listening to records as a social event.” Yorkshireman Dunning also grew up with the melodic music of the 70s: “One of my first memories is ‘Heart Of Glass’ coming on the radio, and making everybody sit in the car until it had finished.”

Yet this is no romantic, nostalgia drive back to a golden era: lyrics are sourced from the everyday, un-exotic realities of work and relationships. Beneath the effortless harmonies and seemingly laid-back tone of the new EP, there simmers a quiet emotional depth. Title track ‘Proud’ was inspired by Wright’s grandmothers, who passed away following long battles with dementia, and reflects not only the pride in knowing them but the fact that “men of our generation were often taught that grief was something to be ashamed of. I wanted to express pride that I felt such massive sadness, because that’s a mark of how valuable the connections were.” Elsewhere, the gossamer-light ‘A Way To Change’ is in fact about being stuck with a dead-end job; ‘Maybe’ is an expression of support for a suffering friend; the beautiful, piano-led ‘Into This Life’ describes dealing with loneliness; and ‘A Thought That I Misplaced’ looks at how we relate to events in our past and the tendency to self-mythologise.

The ‘Proud’ EP was recorded in Steve Winwood’s studios alongside, in part, Brian Ferry’s chief engineer. The band pieced the record together while holding down day jobs: Wright works as psychotherapist in mental health care, and Dunning as a teacher. And they first met Rumer around London’s unsigned-singer-songwriter circuit in 2004, while they were looking for a female singer for a couple of tracks. By her own description, Rumer started to follow The Golden Retrievers’ gigs around town “like a groupie”, a habit she kept up even after signing with Atlantic Records. She asked them to open for her at The Royal Festival Hall, and between recording 2014’s critically acclaimed, Top 10 new album ‘Into Colour’, she also found time to set up Night Owl: an adult-contemporary record label and production company seeking to develop, she says, “people who maybe aren’t the first to put their hand up and get noticed.” Her first signing, befitting a decade’s worth of friendship and collaboration, is The Golden Retrievers: a band who, instead of shifting their style to fit the mood of the day, have stayed true to themselves and the not-always-fashionable songs they love. As people turn back towards music of substance, it’s time for Golden Retrievers to come in.