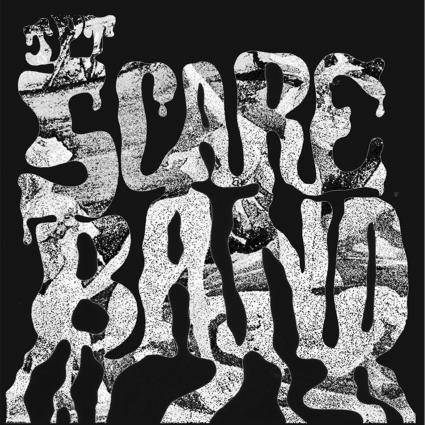 Having been formed in the early 1970s, Kansas Citys JPT Scare Band are still going strong today and this double album reissue of their seminal first 2 albums  (recorded in the early 70s and out of print since the early 90s);  show just how they started with their acid soaked psychedelic brand of rock.
Often cited as a proto metal band, JPT Scare Band are riffs, jams and guitar freakouts and their influence can be heard in bands like Orange Goblin today.

Acid Acetate Excursion starts with the sounds of a radio signal followed by a man coughing (ala Sweet Leaf by kindred spirits Black Sabbath) and kicks into some classic blues licks before the rhythm section follows with the vocals of singer/guitarist Terry Swope.  This song is a brilliant example of the entire ethos of a band doing exactly what they want and even though it lasts for 15 minutes it feels more like 5!  The title track and Slow Sick Shuffle (which is aptly titled as that is exactly what goes on in the song) are completely instrumental and feature some awesome guitar from Swope as the riffs swirl in time with drummer Jeff Littrel and bassist Paul Grigsby. Album closer King Rat is another instrumental track and this 13 minute wigout is a great way to go out, all fuzzy riffs and cranking bass with a punishing outro complete with whooping cheers right the end!

Rape Of The Titans Sirens is the second album of the reissue and follows the same formula but with heavier riffs and a heightened melodic feel on Its Too Late which is a lost gem and should have been a massive hit, Ive Been Waiting, Time To Cry and the title track are all jams that showcase the JPT Scare Band sound to full effect.

This band ought to be a lot bigger than they are and should be held in the same reverence as similar bands like Cream and Blue Cheer and hopefully these reissues should get them a lot of new fans as anyone who is into heavy psychedelic rock should check them out.

Acid Acetate Excursion and Rape Of The Titan’s Sirens will be released together via Ripple Music on 28th April 2015.