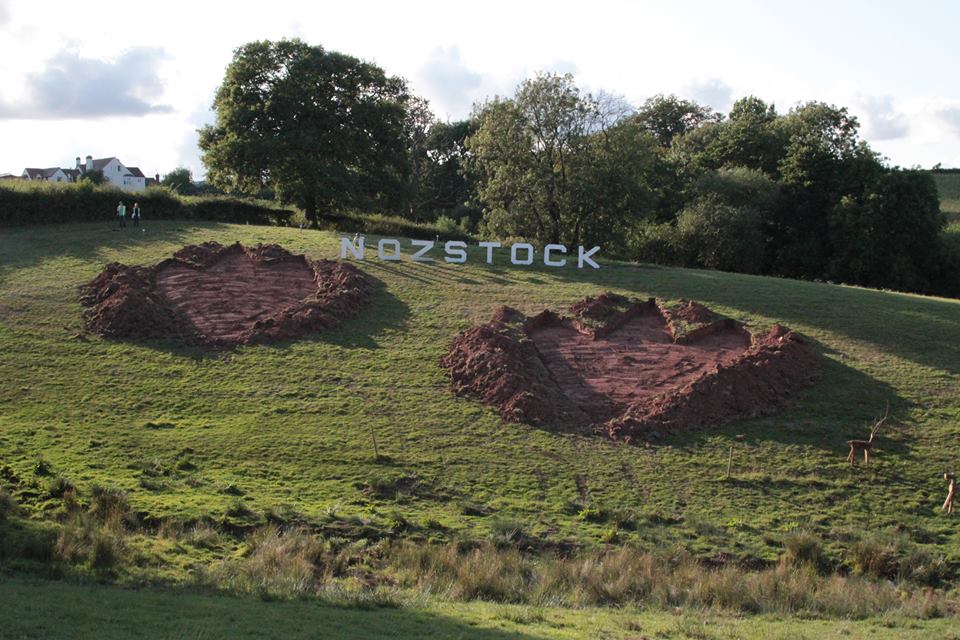 Entering its 17th year this summer, Nozstock is a family-run and home-made festival on a beautiful working farm set in the truly stunning heart of the Herefordshire countryside. The father and daughter combination of Noz and Ella have curated one of the country’s most charming and beguiling festivals, surrounded by verdant rolling hills and imbued with a true sensation of escapism.

Independent and just a little bit left-of-centre, Nozstock brims with diversity, creativity and excitement. Reassuringly welcoming, it has evolved from 50 friends gathered at the original event in themed 90s and flourished into an intimate musical odyssey joining the dots between pop, ska, folk, funk, soul, indie, drum and bass, psytrance, house and a whole lot more, now firmly established as one of the country’s leading boutique festivals. Nozstock is a playground for everyone, from seasoned festival-goers to newbies setting out for their very first time. Inspirational and intimate, it offers a broad spectrum of live music, DJs, arts, comedy, poetry, workshops, cinema and performance in a sublime setting, flowing from family-friendly by day to party by night over various customised venues across the farm. The theme for 2015 is the sci-fi inspired Nozstocker’s Guide to The Galaxy, and the iconic festival has just announced its first wave of live and DJ artists, with many more to be revealed soon.

Nozstock is thrilled to reveal a very special headliner for this summer: NY-based Wu-Tang Clan, who not only proved to be the most revolutionary rap group of the mid-’90s but are arguably the greatest ever hip-hop group of all time. Individually its family of members are all lyrical stars, including RZA, Ghostface Killa, GZA and Method Man, and together they are a thrilling, provocative and wild stage presence. Last year’s Once Upon A Time In Shaolin album, which only had one physical copy, further illustrated their continual reinvention. Wu Tang Clan are taking Nozstock to a different level in July.

The festival is also very proud to announce true Motown sensation Martha Reeves and the Vandellas as one of the headliners on the Orchard Stage. They have charted over 26 hits, ten Billboard R&B singles chart Top Ten hits and two Number Ones, and their classic ‘Dancing in the Street’ entered the Grammy Hall of Fame in 1999. True veterans of soul, they headline a bill that focuses on top talent across multiple genres.

Hollie Cook’s richly lyrical dub-infused sounds could be straight from the streets of Jamaica; she’s one of the most hotly-tipped young artists around and brings a dynamic edge to the event. Last year Molotov Jukebox wowed the crowds with their infectious, punky, flamboyant action, so much so they’ve been invited to return in 2015. Six-piece electro-swing rockers Electric Swing Circus also return, and Mr B The Gentleman Rhymer is welcomed back with very open arms indeed; the sartorial-sharp rapper is a pure delight for everyone across the ages. With his cult following developed from Glastonbury, folk singer-songwriter Beans On Toast has wistful lyricism in abundance, fresh from the success of his latest album, The Grand Scheme of Things. Skinny Lister’s infectious folk anthems will also have the festival rocking whilst garage pop four piece Best Friends will be representing Sheffield, then Lisbee Stainton introduces her poignant melancholy-infused melodies and her soulfully sweet folk-pop vocals. Sean Grant & The Wolfgang bring their contemporary punk-folk to Nozstock with a social and political slant; Peluché create dreamy, enchanting pop bliss; riotous 10-piece ska band The Stiff Joints are always electric on stage; and Jenova Collective come armed with plenty of dance-floor bombs.

Some of Nozstock’s founding roots run deep with drum and bass, and once more the festival is bringing a wild template of its founding-fathers and taste-makers to The Garden Stage and The Cubicles. This is a real who’s who of some of the leading lights and turntable titans who have helped shape today’s thriving scene. For 2015, Hospitality stars London Elektricity, Etherwood, Danny Bryd, Metrik, Krakota and MC Wrec who take over The Cubicles on Friday. Started in 1996 by Tony Colman and Chris Goss, Hospitality has grown to become one of the most well known labels within UK dance music. DJ Hype is one of the most iconic names in drum and bass, the long-serving Fabric London resident a party-rousing DJ; the beatboxing Beardyman brings his unreal vocal dexterity to create sets unlike anything else, fashioning amazing sounds into mind-bending sets; everything is 100% live and improvised on a shamanic journey through dance music. We’ve also got heavyweight bass-basher Dillinja adding further depth to Nozstock, whilst leading the Jungle Revolution is the amazing Congo Natty; the lauded Rebel MC blends African-inspired rhythms and street-tough urban beats. Next up Deekline brings his bouncing breakbeat, breakstep and garage to Nozstock, and prolific producer Ed Solo returns to The Garden Stage. Ed Rush & Optical have forever stamped their mark on the scene; two of the most pioneering drum and bass exponents, they will be showing the Cubicles how it’s done.

Also taking place in the Cubicles, Rinse FM’s Uncle Dugs and friends offer a journey through all aspects of rave music – from old skool to jungle to drum n bass – as part of Dugs’ Run Come Follow Friday show. After 20 years of dedicated work in and behind the scenes of pirate radio, he has finally made the transition to centre stage, and brings with him special guests Ratpack, Slipmatt, Kenny Ken and Billy Daniel Bunter.

Across the weekend trail-blazing hip-hop, bass music, grime, dubstep and raucous beats come from a brilliantly diverse range of DJ and live acts. Dr Syntax and Pete Cannon have produced for Action Bronson and Punchtown, whilst the Dead Players trio of Jam Baxta, Dabbla and Ghost Town are the chameleons of rhyme. They are joined by Ruffnek Diskotek w/Dub Boy, Dutty Inspectors and Ghost Writerz, Mr Woodnote & Eva Lazarus, Smokey Joe and The Kid, Gypsy Hill, Solko, Sounds of Harlowe, Octo Pi & Koncept, Scope, Modify Perspective, Remidy M.C and Trafic M.C and many more to be announced.

Psytrance stalwarts Tribe of Frog return to Nozstock to bring deep beats into The Coppice. Euphoric, luminous and uplifting, they keep the bass beating day and night with a wild cast of friends and guests from across the pulsating psy-spectrum.

The Hidden Valley has nine stages, many nooks and crannies and is set around a ramshackle Tudor farmhouse. The Orchard Stage is set at the foot of a natural arena on the side of the gently sloping valley. Alongside the farmhouse is The Garden Stage, which provides a more eclectic lineup, turning electronic by sundown, whilst a converted cowshed, The Cubicles, pushes out sub-thumping bass and dubstep through to the early hours. The Dingle hosts much of Nozstock’s alternative art activities; a round-the-clock theatre, a cinema screening short films and a dedicated kids area for children of all ages.

The festival is truly home-grown and hand-made – quite literally in fact, with a small army of grass-roots supporters helping to create the wonderfully themed environment each summer, painting signs by hand and building original artworks and venues from scratch. Nozstock is the quintessentially British festival – a little bit eccentric, a lot of fun, full of wonder, enchantment… and a touch of magic.