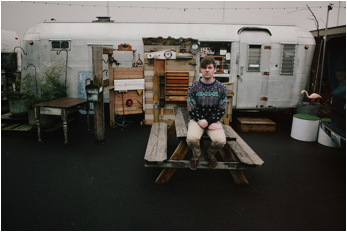 Single out 19th December via Nevado

“Klassen’s writing earned him early cred, but comparing his fledgling self-releases with the imaginative refinement of Repentance, you hear the distance from aspiration to inspiration.” – Steve Smith, Time Out New York

“From the full, radical arrangement to the seamless blend of haunting vocal harmonies and dynamic bursts of energy, the single proves to be eclectic, innovative, and worthy hitting that repeat button.”- Nylon

“Klassen… plays melodious, straightforward tunes, yet there’s a whimsical spirit about them that suggests they could veer into fantasy at a moment’s notice.”– Stereogum

Jordan Klassen has made some serious headway in the past year, earning extensive radio play across North America with his previous single Go To Me and landing himself a deal with Nevado Music. His multi-layered folk-pop sound has garnered comparisons to bands such as Broken Bells and Passion Pit, with his focus always on his approach – fusing melody and poetry, to spark imagination and summon forgotten emotion.

Jordan Klassen’s Piano Brother is taken out of his LP Repentance, and it combines indie alt folksy somberness with haunting bursts of energy. It’s simplistic yet affective, with its combination of chimes, strings and echoing harmonized vocals that filter through the track creating a wistful and warm mood.

Having done well with Firing Squad (his latest single) vocal style blends in beautifully upon a bed of shimmering percussions and various harmonies, creating a gorgeously dynamic sound.