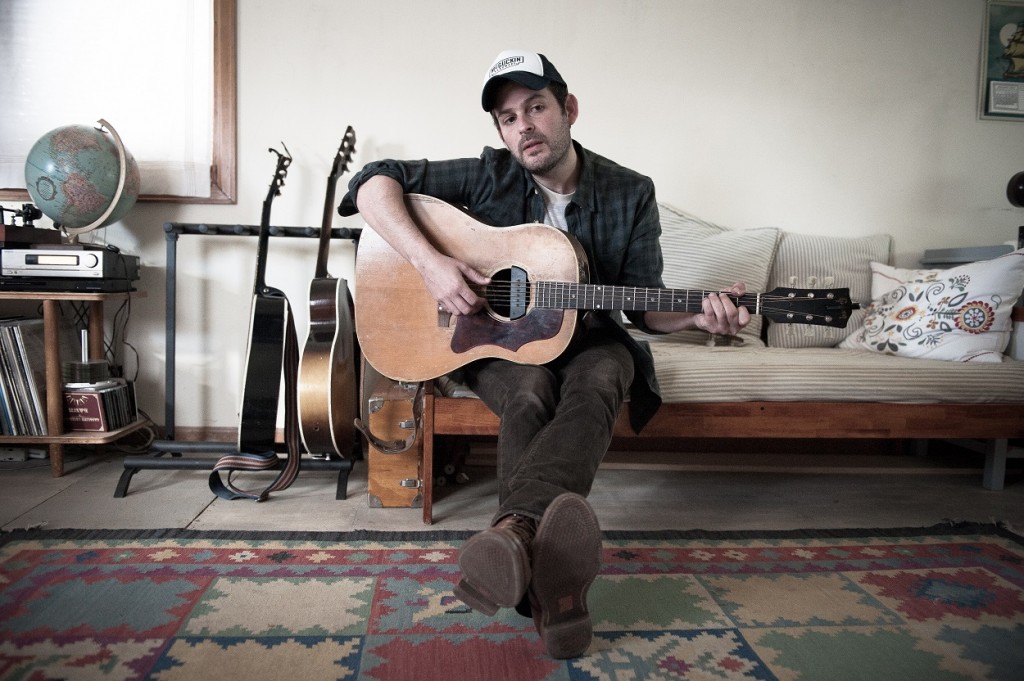 “The feeling of sitting in the bed of a pickup, looking at the stars” – NPR Music
“Lauded for its genuine lyricism and hushed, yet powerful, vocals” – Paste Magazine
“At times recalling the likes of Bob Dylan or Paul Simon” – American Songwriter

Gregory Alan Isakov will release his new album The Weatherman in the UK on October 6, 2014, through Suitcase Town Music. Isakov will play five UK headline shows, including London’s Bush Hall on October 21, in support of the album.

The Weatherman was recorded and co-produced by Isakov and engineer Jamie Mefford in various places: just outside the quiet mountain town of Nederland, Colorado, at the Mountain House Studios; at The Church in Holland and in the respective houses of Isakov and Mefford. Of making the record, Isakov notes, “I wanted to make something that felt genuine. We recorded everything with analogue gear and mixed it on tape, which gives the songs a raw and vulnerable feeling.”

The Weatherman is Isakov’s third full-length release and follows 2009’s This Empty Northern Hemisphere, which the Denver Post praised as “an artistic masterwork” and Paste Magazine described as both “quietly lush” and “deeply vibrant.” The title Isakov chose for the record reflects the nature of his external surroundings as much as his inner experiences. References to the weather are a reoccurring theme in Isakov’s writing, but there is a deeper meaning behind the name: “To me, the idea of a weatherman is really powerful. There’s a guy on television or on the radio telling us the future, and nobody cares. It’s this daily mundane miracle, and I think the songs I chose are about noticing the beauty in normal, everyday life.”

Born in Johannesburg, South Africa, before moving to the States as a child, Isakov now calls Colorado home. His lifelong travels are present in his songwriting; songs that hone a masterful quality beyond his years and tell stories of miles, landscapes and the search for a sense of place. When he is not on the road or writing, he is usually in his garden. A degree in horticulture might seem contradictory to a life spent in motion, but Isakov finds a balance in the quiet concentration of the work, creating roots that keep him connected to home.

With a busy touring schedule over the whole year in the US and Europe – including a slot at Newport Folk Festival and shows with Josh Ritter and Nathaniel Rateliff – Gregory Alan Isakov will perform five headline dates at UK in October (dates below).