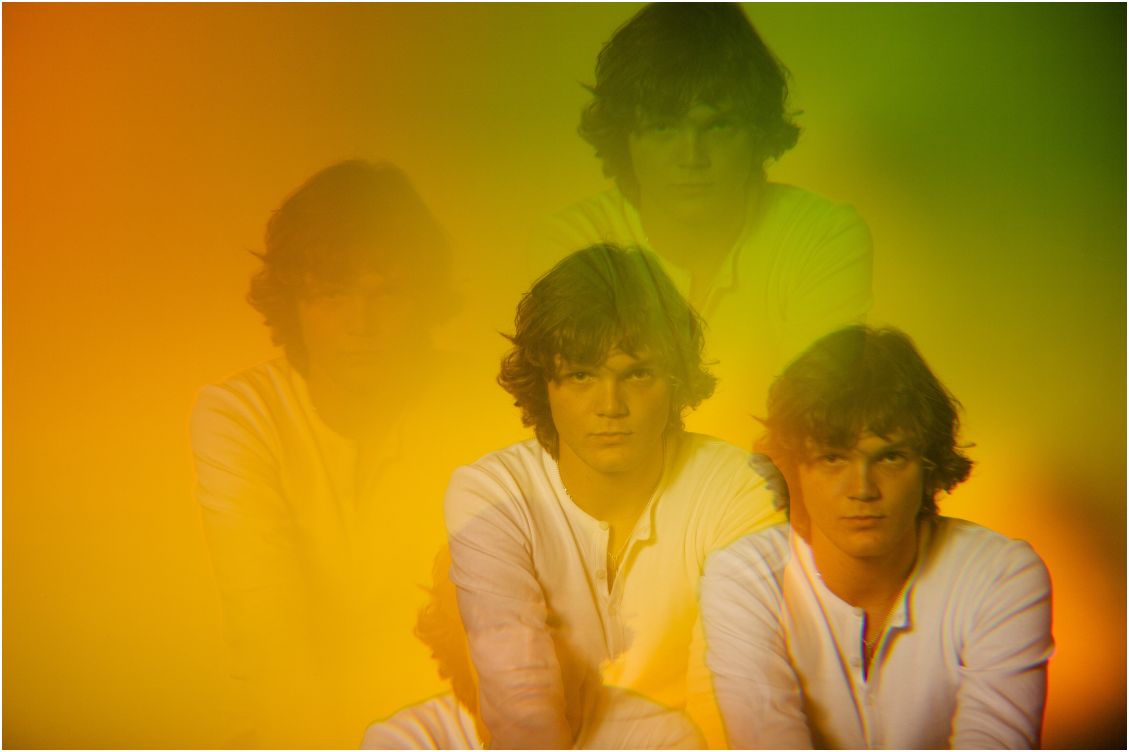 Featured as The Guardian’s New Band Of The Day (26th Feb 2014), Ted Zed is excited to announce the release of his debut EP Alien Monday on 28th April 2014, through BMG.

Hailing from Somerset via Saturn, and otherwise known as Edward Griggs, Ted Zed is a 19 year old multi-instrumentalist and producer who has succeeded in creating his own unique brand of “electronic rock’n’roll”. The origin of his 70’s tinged psychedelic rock-pop can easily be explained by the fact that Ted counts the likes of Todd Rundgren, Pink Floyd and Jimi Hendrix amongst his influences.

Having been discovered by renowned producer Dan Carey aka Mr Dan (Hot Chip), this led to a deal with BMG and working with Elliot (Bloc Party) James and Martin “Youth” Glover, member of legendary Killing Joke and producer of everyone from Marilyn Manson to U2.

Ted set about approaching Pattie Boyd, former wife of Eric Clapton and George Harrison to take his press shots. Pattie really liked what Ted was doing and said she would try and re-create her famous portrait of Clapton, the ‘Five Faces Of Eric’, for him.

Ted is a do-it-all wunderkind who handles everything from his artwork to his videos to his light show himself. He also plays numerous instruments (drums, guitars, synths) and runs his own self-built music “laboratory” at the back of his house that comprises guitars, keyboards, amps, Kaoss pads, and distortion pedals, boosters, laptops and projectors. It functions as a portable studio, enabling him to take it on the road. Ted has performed at venues ranging from a converted pig shed to Camden’s KOKO, where he had a four month residency at Club NME, who hailed him a Todd Rundgren-like genius. Ted Zed’s live shows are impressive and full of energy; you’ll find Ted triggering and manipulating pre-recorded sounds, samples and video projections, while providing live guitar and vocals.

The new EP features the powerful lead-single Alien Monday, which was written about “that feeling of alienation you get on a Monday on the train on the way to work.” With its electro squiggles and irresistible chorus, Alien Monday is, as Ted Zed puts it, “an abstract Dali-esque song with a pop core – I wanted it to sound like a pop song that had been distorted by an alien.”

Meanwhile, the second track from the EP, Souls, is “an uplifting journey” that Ted Zed penned in order to create the sensation of being a shooting star. With its soaring chorus designed to be sung by huge crowds, it is one of many anthems in Ted Zed’s arsenal.