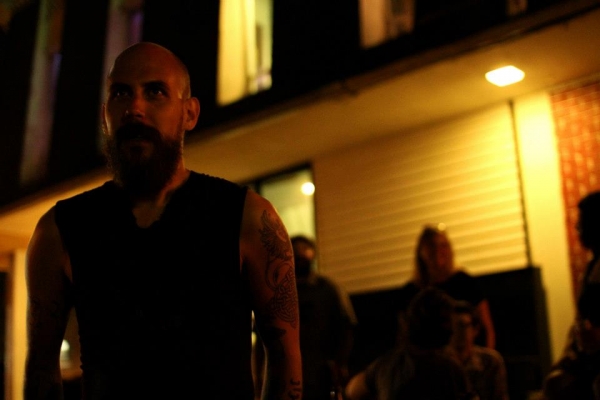 MAKE guitarist Scott Endres has unveiled his latest solo album under the moniker The Pod.

‘Assassins In The Mirrored Hall’ is largely inspired by and loosely based on the The Book Of The New Sun series by Gene Wolfe.

The album sees Endres sonically exploring the realm of improvised soundscapes that are later cut apart, manipulated and assembled back together.

Featuring guest appearances by MAKE members Matt Stevenson (drums) and Spencer Lee (bass), the album was mastered by Nick Petersen who did both MAKE’s debut album ‘Trephine’ and their recent ‘Axis’ EP.

Says Endres: “The Pod actually came out of a necessity to have a project where I have complete and total control from the beginning to the end of any given idea. It started with the marriage of my love of both the purity of improvisation to the tediousness of cutting up, tweaking and arranging mixes. I do a bit of this with MAKE but with The Pod I don’t need to hear about how something doesn’t work or how this person doesn’t like that transition, performance or sound. If I have a bad idea, so be it…but at least it was 100% the idea I wanted to convey at the time.”

FOR FANS OF: Earth, Can, Sonic Explorations

The album is available for download/pre-order now from The Pod’s Bandcamp page: