VLMV SHARE ‘THERE ARE MOUNTAINS (UNDERNEATH US)’ FROM UPCOMING ALBUM

South ​​London ambient post-rock project VLMV have shared new single ‘There Are Mountains (Underneath Us)’  via Nice Weather For Airstrikes. A moving composition with an accompanying video from acclaimed cinematographer Gabriel Stanger, the song follows previous releases Steady, Thyself, For Empire and The Navigator in anticipation of their album release ‘Sing With Abandon’ next month. Featuring guest vocals from Anja Madhvani (Her Name is Calla) and Claire Knox (A-Sun Amissa), ‘There Are Mountains…’ is a creeping and beautiful piece of music, building carefully and slowly to a triumphant but melancholy crescendo.

London based cinematographer Gabriel Stanger has created an enigmatic video. A beautiful monochrome treatise,  tells the story of mother and son coming together – open for interpretation of their family bond and connection. The serenity in the video fits perfectly with the track, an emotive and poignant video to accompany closure in both music and visual.

The new single burrows into this immediate obscurity and volatile landscape, the tentative notes build and resonate forming and almost solidifying the ominous atmosphere, before the delicate vocal notes join and add fragility and sincerity to the composition. The tender vocal harmonies and raw lyrics alter the ambiance with this expressive attention to detail, VLMV has created this truly harrowing exploration which listeners embrace and connect with. The emotional journey of this creation leaves a lasting impression.

An ambitious yet concise album, ‘Sing With Abandon’ was born as songwriter and producer Pete Lambrou explored navigating life in the pandemic, multiple lockdowns and a country deciding to break up with its loved ones. Lyrically focused on feelings of isolation and separation, from our shared collective human experience to the deeply personal and everything in between, ‘Sing With Abandon’ touches on the isolation found within the communal experience of a country locked down and in crisis.

Formed in early 2015 by songwriter & producer Pete Lambrou (Codes In The Clouds, Monsters Build Mean Robots), VLMV released their debut mini album via Fierce Panda Records in August 2015, along with ‘Remixes & Reworkings’, a digital overhaul of their esteemed debut shortly after. Described as “heartachingly beautiful” by Prog Magazine, VLMV shared the follow up, ‘Stranded, Not Lost, in 2018, earning a nomination at the Prog Awards alongside critical acclaim.

Hailing from London, VLMV have received widespread praise for their immersive live shows, gaining them slots across the UK and Europe including ArcTanGent, Dunk! Festival, Portals Festival, Post In Paris and many more.

VLMV will play The Lexington, London for their one and only UK headline show this year Friday 26th August.

‘There Are Mountains (Underneath Us)’ is out now 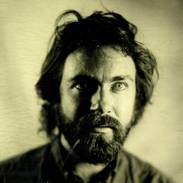