The album’s lead single, “Sail to the Silver Sun” is available now at all digital services. Co-produced and recorded by Marina Tadic and underground legend Kramer, Internal Radio is Tadic’s most fully realized work to date.

The notes commence and resonate such fierce tonality into the powerful, rhythmic creation. As the sustained notes build, the ambiance shifts, intensify, and compels your full attention with the lyrics that emerge.

The delicate vocal notes of Eerie Wanda soar through the volatile atmosphere and bring such cutting affection to the arrangement. Showcasing this mighty range whilst adapting this courageous and comforting journey, devouring the audience’s attention from the complex range of the fierce inflictions to the softer serene passages.

“Sail to the Silver Sun” grows and establishes itself as this truly vital and heartfelt piece, the journey consumes the listener, so tender and sincere. The warmth of the resonance brings this familiar connection to the atmosphere, as the emotion soars the warmth remains constant in the alluring landscape.

This autumn, the Dutch/Croatian artist Eerie Wanda will release Internal Radio, her third album and second for Joyful Noise Recordings. Visual artist and musician Marina Tadic writes the songs and is joined by her partner, Adam Harding (Dumb Numbers, Kidbug), and Kramer (Galaxie 500, Unrest, Ween, Daniel Johnston) on the new album, which was recorded at home in the Netherlands. On these 11 songs, it’s clear that Tadic is becoming the artist she wants to be, working through some things, and even exorcising a few demons. The album opens with “Sail to the Silver Sun,” which feels like a codeine bath washing over your exhausted soul. “The mystery of life and death is often on my mind,” she says. Whereas her previous albums leaned toward upbeat, guitar-focused pop, Internal Radio sounds like a more experimental, otherworldly, serious grown-up affair, venturing into sensitive emotional territory. The intimate, personal songs here reflect the solitude many of us have felt these past few years, recalling artists such as Lida Husik and Edith Frost.

Tadic, who started writing songs at age 14 when she got her first guitar, takes an intuitive approach to making music. “I will forever be fascinated by ideas and where they come from,” she says. “It’s magical how we can get this little seed of an idea and when giving it attention it grows into a whole new universe.” On Internal Radio, she wanted to tune in to her deepest feelings and create something which sounded new to her. Allowing herself to confront some darker emotions, previously pushed aside, yielded many of the songs. She’s also into paranormal phenomena like near-death experiences, telepathy, and UFOs, and those things impact the music she makes as well. Without a full band and instead using haunting, ethereal spaces, she has really found her “weird inner world.” “It has been a real joy to work with Kramer because he knows and feels the heart of a song and has amazing stuff to add,” she says.

“Working with a band can be fun but I wanted to stay in my vibe this time,” says Tadic. This album is more personal because it draws on her own experience, while on previous material she relied more on storytelling. She also wanted to experiment more with sounds for Internal Radio, giving each individual track a custom sound.

Tadic is also becoming more confident in knowing and creating what she wants, trusting her gut when it comes to what things sound like. “I’m in a phase where I’m more in touch with my own visions,” she says. “I feel more grounded and I care less about other people’s opinions, and I just want to immerse myself with beauty and love and project it out into the world.” 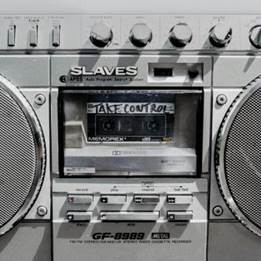