Following their recent singles FOLLOW YOU and DON’T WANNA, Irish indie rock outfit modernlove. have announced their first headline UK and Irish tour for November. Pre-sale will be available from 10am on Wednesday 27th April with general sale opening from 10am on Friday 29th April. Pre-sale here.

Their debut monochrome blue EP, released last September, saw modernlove. combine their early work into a statement debut offering. Featuring the singles Liquorice, 2 Missed Calls and lmk (if you wanna see me), they received strong playlist support, landing on New Music Friday UK, Fresh Finds, Alt-Pop, and The Pop List on Spotify and New Music Daily, New In Alternative and Breaking Alternative on Apple Music. They also received radio support from BBC R1, BBC 6 Music, BBC Ulster, XS Manchester, Across The Line and Radio X; were named as the Official Charts Ones To Watch; and featured in the Irish Times 15 Fine Music Acts To Listen To In 2022. Live sessions with BBC Introducing and Seconds Away have also helped to cement their position as one of the most exciting up and coming acts in the country.

As the name suggests, modernlove. explore the complexities of the modern lives of twenty-somethings. Even though their lives remain complicated, Barry, Cian, Danny, and Graham, all from Drogheda, have already nailed their sound, delivering polished indie pop with a glossy 90s sheen and intricate details. 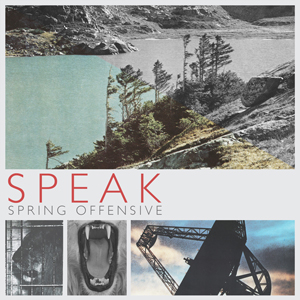