Gabriel Ferrandini has long established himself as a pioneering musician on the European music scene. A visionary drummer always trailing a risky path, Ferrandini pushes himself to the limit to create a state of confluency between rhythm, texture and harmony. His work has been him play as part of RED Trio and Rodrigo Amado Motion Trio, and he has collaborated with countless other musicians such as Thurston Moore, Elias Bender Rønnenfelt, Alexander Von Schlippenbach, Axel Dörner, Evan Parker, John Butcher, Nate Wooley, Alex Zhang Hungtai, Peter Evans & more.

Now, he announces the international release of his debut solo album, ‘Hair of the Dog’, set for release on April 15th through new Lisbon-based record label CANTO.

Created using a patchwork of four improvised live shows, ‘Hair Of The Dog’ is a triptych – three tracks of acoustic percussion manipulated to create melody and texture, from harrowing drones to fluttering celestial landscapes. “The main aim was to find a way that the drums are not only a rhythmical instrument – to give them a melodic voice” he comments. “My challenge was to see how the narrative can be told, not only through rhythm, but emotionally too.”

In addition to drums and percussion, at moments Ferrandini subtly incorporates voice, while the second track is interweaved with brass works by late Renaissance composer Carlo Gesualdo (1566-1613). Throughout, digital manipulations aided by Pedro Tavares (Império pacífico, funcionário) create vast, cavernous sonics. “I can now paint a landscape with the drums instead of just playing a beat” Ferrandini says. “I love the drums, but the moment they are freed from their “normal” role or history, I can finally talk.”

Now, along with the announcement below you can hear the first of the LP’s three movements, “Anjo Solidão” (Solitary Angel).

This growing anxiety starts to commence from the structures which are being played out meticulously. Showing this ample growth as the atmosphere expands to allow the expressive percussive elements to explode towards the volatile final few notes. Engrossed by the landscape which sculpts with ease and progresses into this mighty world filled with immersive textures and mighty clashes.

Throughout the record’s three tracks, Ferrandini tells a tale. In the first movement “Anjo Solidão” (Solitary Angel), he imagines himself alone and isolated, whilst on second track “Naifa Diabos” he finds a fellow angel and portrays a symbolic moment where he emerges from solitude, finds the devil and tries to kill it. The triptych closes with final piece, “Beginnings”, which channels rebirth and a sense of emerging from darkness into the light. Ferrandini cites the tale as being parallel to the concept of “hair of the dog”. To drink, get drunk, and drink to kill the hangover. “The whole record was made in a particularly difficult moment in my life” he explains. “Going from the depths of despair to the peaks of exaltation – it’s hard to know which comes first. These cycles are hard to break when you are lost. Alcohol both helps and makes it more complicated. Hair of the dog: to drink to kill the hangover. Where and what really is rebirth?”

Produced by Miguel Abras, ‘Hair of the Dog’ is a dramatic and evocative tale, told through percussion. Ferrandini’s solitary music is exploratory and open to the lyricism of drum skins, cymbals and other matter, whether through amplification, electronics or silence management, in a search for a precise balance, in between containment and fire. 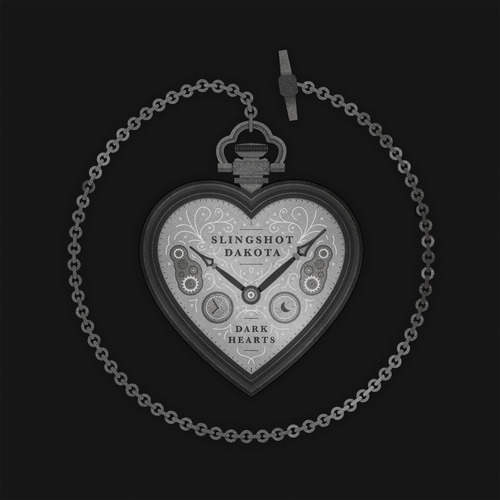