Taken from ‘Native Tongue’ due 5th November
via Sellout! Music

On his first solo work in just over a decade, Ishak explores his experience of growing up as multi-ethnic, with a Norwegian mother and Malaysian father in Norway, and finding a connection with the parts of his identity that were not always apparent.

Following on from August’s title track ‘Native Tongue’, latest cut ‘Something’ gets philosophical about Ishak’s place in this story, describing being overcome by a feeling of being pulled towards somewhere “I do not really know”.

“‘Something’ is very much a cornerstone for me on the album,” He says. “The lyrics explain scenes from my grandmother’s house in Malaysia, what she said to me and how it has come back strong now after many years. Maybe she even knew I would understand later – that I am not just a visitor in that country, that I also belong there.”

For the live video version Kenneth decamped to his friend’s wild island cabin to try and capture a scaled down, but not unplugged, version with director Lasse Gretland.

“We wanted to go on a bit of an adventure,” He explained. “So we hauled a lot of gear on a boat and spent a few days there swimming, diving for edible seaweed whilst Robin Snasen painted a suit sewn for me by Tekla Brandsæther to wear in the video.”

“Once the light was right Lasse gathered everyone, got me in my jumpsuit and we played the song live 7 times and kept the 5th take. Ryan Mcphun played bass, recorded and mixed. Mattias Krohn Nielsen played the Rhodes. I cooked most of the food.”

On the direction of the video Lasse Gretland says: “The first night we just watched the sun set and took a mental note of a time-frame where the light changes from day to night. The next day we rehearsed and agreed to finish dinner at least thirty minutes before the light started to change dramatically. We rolled the camera and hoped for the planet to rotate slowly enough to capture the subtle changes in light through the duration of the song. I think it turned out beautiful.”

This desirable atmosphere engulfs the audience immediately, as the compelling composition brings this intoxicating energy into each gentle stroke, each passage, and each delicate drum shuffle. Together, with Ishak’s alluring vocal harmonies, this mammoth ensemble showcases this truly expressive journey and hooks the audience throughout.

“Something” adds this dazzling vibrance amidst the ambiance and that element brings this insatiable focus to the forefront. As with the previous single release, Kenneth creates these decadent worlds where the ambiance is built on these intricate elements and layers of intoxicating harmonies and intelligent hooks and tones. Tactile textures and this growing emphasis on the emotionally charged lyrics, another beautiful release from this versatile and innovative musician. 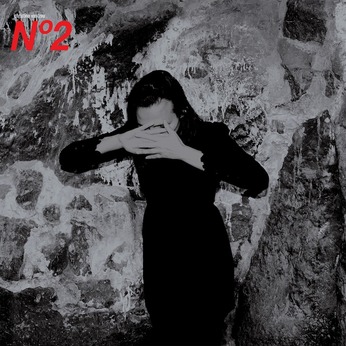