‘Humdinger is a cautionary tale about the dangers of monotony. It’s about putting off the things you really want to do because you’re too busy doing things you don’t really want to do. We humans are creatures of habit, that’s for sure, but all the best things happen when you break those habits. I guess this is something of a call to arms.’

Langkamer are ready to become infatuated with, their second track this year already proves that Langkamer are easily one of the best outfits from the UK right now. The forthcoming album will be the release of the year. “Humdinger” commences and instantly that punchy bass tone and immediate instrumentation exudes this gritty charm. A dynamic arrangement and yet another vibrant range to their vision. At just shy of 2 minutes 34, the band have created this quick-paced creation that covers such ample ground and leaves such an impression. Once again the outfit delivers this uncompromised and gallant ensemble that exudes this prominent raw edge, Langkamer use lashes of power to explore their impressionable punk meets country-infused attributes.

“Humdinger” is a mighty anthem where the relentless and fearless energy and brash attitude simply consumes the composition. The outfit project their heroic take on boundaries, or lack thereof through their vision, this reflects with the new video. Expressive and timeless. This act has it all.

The last two years have seen Langkamer release two highly-applauded EPs, with tours across the UK and the EU, and a strong string of support slots to boot. The pandemic, whilst throwing up some stumbling blocks, hasn’t slowed the band, and in the summer of 2020 they locked themselves in the basement of iconic Bristol venue The Louisiana to record their long-awaited debut album.

‘Humdinger’ is an infectious juggernaut of a song, taken from a 12-track album that spans the edges of americana, indie, rock, folk and punk. It’s a record as varied as it is nuanced. Moreover, ‘West Country’ is a love letter to the South-West, capturing the spirit that pervades the rolling hills of their homeland. As restrictions hopefully lift in the coming months, we’re expecting to see audiences once again singing along in venues in Bristol and beyond. ‘West Country’ comes out via Breakfast Records and brand new Bristol-based record label TINA on the 10th September 2021. 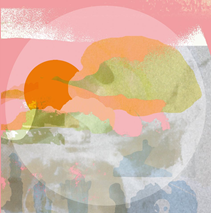