Listen to their brand new single,
“Queen of the Underground”

Rocket Recordings are excited to announce a new album from the Swedish masked psych-collective, Goat!  Headsoup, is a globetrotting acid trip of an album, collecting rarities spanning the band’s career: standalone singles, B-sides and two brand new tracks. It will be released on 27th August 2021.

Preorder link for the ‘Special Rocket Edition’: https://goat.bandcamp.com/album/headsoup
Don’t worry if these sell out, Normans Records and Rough Trade Records also have very ltd exclusive versions. There is also a ltd edition version available for indie stores. And for all you ‘audio purists’, there is a ltd ‘Black’ vinyl version available as well.

Now, Goat share a brand new single, “Queen of the Underground” – a swaggering psychedelic powerhouse of the very highest order.  As Goat themselves state, “Who says a rock band can’t play funk? Electric guitars can be just as sexy today as when Eddie Hazel funked the shit out of ‘em.”

When Goat first emerged in 2012, armed with an incendiary debut single “Goatman” and a backstory for the ages – the band’s anonymous members claimed to hail from the remote and cursed village of Korpilombo in northern Sweden, where inhabitants had for centuries been devoted to a form of voodoo introduced by a travelling witch doctor – there was no one else on earth quite like them.

Their mythology enticing, their music full of sinuous grooves and manic explosions of fuzz, Goat were outliers from the very beginning. Their debut album, 2012’s World Music, received an avalanche of acclaim, critics and psych heads left enraptured by its thunderous intensity, conjured from a singular mix of sounds from across the earth.

All the while, Goat’s live performances were fast becoming the stuff of legend. With the members’ identities hidden behind imposing masks, making them look like ancient idols, instrumentalists provided relentless backing as twin high priestess vocalists whipped crowds into ritualistic frenzy. Things got darker and even more hypnotic with 2014’s Commune, and then, just as Goat’s sound was beginning to settle, they turned it on its head completely by mutating into a wondrous cosmic folk outfit for their third studio LP, 2016’s Requiem.

Headsoup is a new compilation that deepens Goat’s legend even further. Collecting non-album material from across their career, standalone singles, B-sides, digital edits and never before heard songs, it’s a record that’s even bigger in its scope than their studio LPs. It’s a globetrotting acid trip of a record, one that moves from the magnificent heavy-psych of their earliest work, like “Goatman” B-side “The Sun And Moon”, to the serene “Requiem”-era alternate take “Union Of Mind And Soul”, to the simmering grooves of their latest material, and a myriad of other detours.

Sometimes dark and heavy, at others joyous and beautiful, like Goat themselves, Headsoup is mysterious and constantly shapeshifting, difficult to properly pin down but constantly enthralling. Jazz-flute solos, pounding Afrobeat rhythms, ferocious desert blues, drifting Ethio-jazz and churning drones are just a fraction of their dazzling mix of influences. This is, as the name of Goat’s first album made clear, World Music in its most complete form, a sound unrestrained by genre boundaries, although the band are anything but lazy appropriators. They approach their forebears with upmost reverence, providing a celebratory cultural cross-pollination.

Headsoup also includes two brand-new tracks, recorded towards the end of 2020, which show that Goat are far from finished evolving. “Fill My Mouth” is a scuzzy psychedelic funk knockout, the sleaziest thing the band have ever recorded and “Queen Of The Underground” is out today!

Almost a decade since Goat first emerged from the depths of Korpilombo, there is still no other band on earth that sounds quite like them.

Headsoup Tracklisting:
1 The Sun and Moon
2 Stonegoat
3 Dreambuilding
4 Dig my Grave
5 It’s Time for Fun
6 Relax
7 Union of Mind and Soul
8 The Snake of Addis Adaba
9 Goatfizz
10 Let it Burn (Edit)
11 Friday Pt.1
12 Fill my Mouth
13 Queen of the Underground 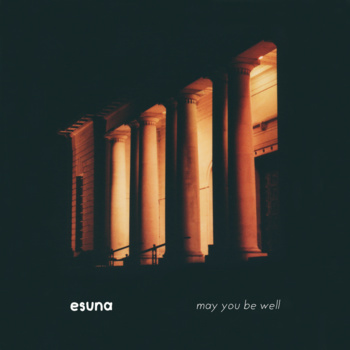 Esuna- May You Be Well EP Special