Welsh glam rockers Telgate are back with their explosive new single “Love Zone” which is set for release this Friday 30th April via Rose Parade Recording Co’s Single Club.

The new single is described as “a roller-coaster ride of a track, full of camp, cheese and sass. Love Zone moves from down and dirty blues to in-your-face punk”. The new single is one of Telgate’s most beloved songs to play live and shows off their theatrical side. After you hear the release, you’ll be longing to be at the front of their next set.

Fronted by transgender activist, Casper James, Telgate are an unapologetically queer, loud and honest band that make their own brand of Aggro-Glam.

Of Love Zone, Casper James says: “The song talks about sexuality in a humorous and sometimes vulgar manner – LGBTQ people’s sex life is so often frowned upon, seen as taboo and something that is expected to be unspoken of for the comfort of heterosexual people. Love Zone shows that we couldn’t care less about that. We are intentionally vulgar, and intentionally shocking, because we refuse to censor ourselves and our identities for the comfort of normality. As well as being a sex positive song, it champions self-love and confidence too – We should hope that anyone who listens to Love Zone, no matter who you are and where you come from, that it makes you feel as badass as it makes us feel performing it.”

Love Zone commences with this bass drum and high hat combination, the rhythm and piercing cymbals emits this disco beat vibe and within the first few notes of this track you know you’re about to join a wild ride. The arrangement is pieced together with these complex textures and talented musicians each bringing their own innovative stamina into the soundscape.

The ensemble takes shape and soon opens up to display the expansive yet expressive environment this outfit has created. The guitar emerges with a fierce surge and slick tone making its presence known, this abundance of notes shifts up the neck and delivers this complex edge to the release. When the punchy bass notes entwine to the ensemble, this extra low end cements itself into the mix, as the exploration continues to gain traction we experience a ferocious combination of scratchy guitar which enlightens the atmosphere, jaunty keys throw in this absolutely critical vintage essence. This warming vibe moves you and the introduction to the soulful and joyous vocal notes play out this upbeat lyrical tale. This is a mighty release and a refreshing listen. The blazing vitality of Casper at the forefront soars throughout.

Telgate explores the untapped power they convey, fierce vocal pitches clash with the drum shuffles as the outfit effortlessly shifts its intensity throughout the release. Keeping the audience on their toes, Telgate adds this crucial component to their exploration- fluctuation. This enlightening fun-feel comes through the release when Telgate suddenly embraces a transition in their tempo, a quick alternating pitch, a sincere break-down before the band pushes their powers to ramp up the changing intensity.

This raucous soundscape engulfs the audience as the musicians combine this progressive, fiery energetic sound with their influential attitude. Each passage delivering this magnitude of memorable hooks. Telgate consumes you. At the core of this release is the undeniable attitude.

Telgate challenges the norm, they make the musical architecture they deem worthy, they let the expressive nature of the lyrics add this confrontation to the orchestration but more than anything they execute their vision with a flawless finish. Impressive melodies will move you.

Infectious punk attributes surface the sound throughout, quite frankly Telgate have produced something we class as heroic. This track delivers everything you need. It transports you to a world of flairs and more importantly freedom. Telgate pushes past the daily shit and creates music they can lose themselves within, they bring up these raw notions within the lyrics and intensity but they do it on their own accord with their own view. Fearless. This biting ensemble brings this influx of insatiable influences of glam rock, 60s psychedelia, and the importance of riot grrl. It’s a blistering arrangement with this immense energy ready to captivate you throughout. A journey that you not only need to witness, but you need to be a part of.

The single was recorded with Andrew Sanders at Kings Road Studio, Cardiff who the band got to know after being mentored by him during their time on the Welsh talent development programme Forté Project.

Telgate have an exciting year ahead with the release of their debut EP as well as a number of live shows in the pipeline including a gig at Le Pub in July and an appearance at Focus Wales in October. 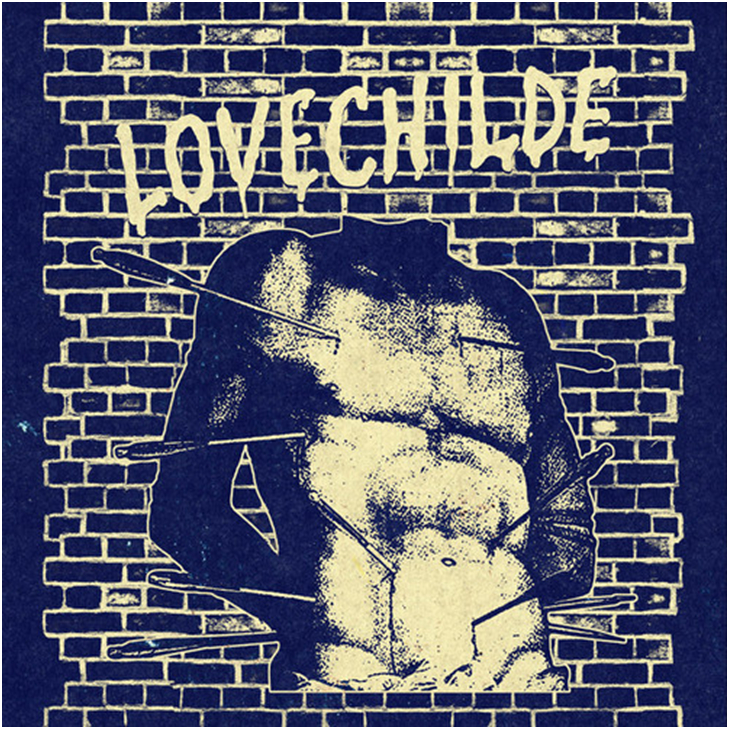