‘Bullet Train’ is an effervescent follow-up to melancholic opener ‘Car Freshener Aftershave’, turning every dial up to 10 in the sonic and aesthetic stakes. A chugging synth bassline underpins the anthemic track, whilst electronic instrumentation strobes in and out. The primary coloured production belies more downbeat themes – with ‘Bullet Train’ reflecting a continuous ‘break-up’ thread running through the album. ‘200mph never felt so slow…’ Pizzagirl (AKA Liam Brown) opines, highlighting this discrepancy in atmosphere between sound and sentiment.

Or as he succinctly puts it: “Here’s my second single ‘Bullet Train’, another breakup song I think, but this time, at 200mph. I sound really bitter on this, and for good reason I’d say, my screen time is high, my battery is low and there’s no 5g at the end of this tunnel; haha ;)”

Your first introduction to “Bullet Train” hits you with such power. This experimental electronic landscape commences the release, the whirling tones first panned right, then left, and then the creation explodes with the sound surround you, suddenly the listener is transported into the fierce centre of this arrangement. Pop hooks, addictive melodies, and this crucial lyrical course which delivers this realm of reality, intimacy and lashes of emotion yet delivered within this joyous wealth of upbeat textures. Pizzagirl embraces tender traits with this playful harmonic approach and the combination becomes this addictive atmosphere destined to make you move. This is such an expansive creation, the landscape continues to develop until the size is nothing short of dramatic. These ferocious melodies cascade throughout the creation and gain rapid power towards the startling finale of this ensemble. Once again, Pizzagirl has us captivated to our core.

Perpetually ensconced in the fault-lines between warm humanity and binary technology, pitting maximalist-pop sounds against claustrophobic production, Pizzagirl delves deeper into the emotional hard-drive on his latest project. Reminiscent both sonically and thematically of The Postal Service and LCD Soundsystem in their recourse to a post-Y2K release of aching pressure.

Taking inspiration from within, this vibe can be seen as a call back to the start – 2018’s introductory ‘An Extended Play’ EP fused 1-900-hotline-rock and ambient infomercial electronica into perfect pop pigtails, and ‘Softcore Mourn’ borrows some of this sonic palette. But gone is the postmodern absurdism and vapor-wave escapism, the approach now is as real and grounded as a 90s dial-up squall.

Pizzagirl has earned acclaim across the board with a persona that is part surreptitious hit maker and part clinically-out-of-it TV host veering dangerously off script. The Guardian and The Sunday Times have offered broadsheet credibility, and indie titans in NME, DIY and DORK, as well as documenters of style and culture at The FADER, VICE, Clash and The Line of Best Fit have offered championing words.

On the airwaves a host of DJs have labelled themselves fans, including Annie Mac and Gemma Bradley at BBC Radio 1; Lauren Laverne, Shaun Keaveny and Radcliffe & Maconie at BBC 6 Music; as well as Travis Holocombe at KCRW.

As well as solo tours through the UK and Europe, he’s been invited to play at SXSW, Live At Leeds, The Great Escape, Liverpool Sound City and more. 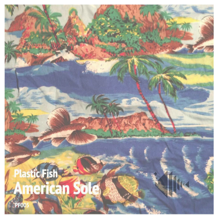