Speaking about the track, the band said “Bad Habits. We all have them and the guilt surrounding them eats us up. This song is a cathartic expression of the frustration that emerges from constantly teetering on the edge. It’s screaming into the faces of the devil and angel whispering in your ear. ‘Too Many Bad Habits to be this broke’ is a working class battle cry.”

That infectious and ardent beat and attitude instantly hit you. This is a fierce outfit that has captured their devilish and mighty tone and understands how to shred. The dynamic energy bounces throughout the composition as the raw vocal melody catches your attention and the overall punk personality takes center stage. It’s honest and obnoxious, the instrumentation craves the chaos. Bad Waitress packs their compelling ensemble and delivers this gritty and necessary trait, they accompany the single with a video that delivers this refreshing entertainment twist.

Starting their musical adventures as The Nude Dogs, Bad Waitress was recently signed to Royal Mountain Records. They incorporate heavy licks, intense energy, and strong satire. They put out their first EP as Bad Waitress called “Party bangers: Volume 1” on 4.20 of 2018 and are currently working on their first full length. As a collective they strive to create an empowering, inclusive and positive environment for people to rage out and have a fucking awesome time with some ferocious, shameless, eccentric music mania. 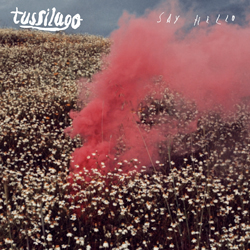