Philadelphia-based Remember Sports will release their fourth album, Like a Stone, on April 23rd on Big Scary Monsters and Father/Daughter Records. The 12-song offering contains some of the smartest performances and arrangements in contemporary indie rock, maintaining the warmth and immediacy that made the quartet so beloved when they first connected years ago.

“Pinky Ring” will awaken your senses as you embrace this essential orchestration. Remember Sports have created this infectious melodic creation that delivers this urgent essence found in the fierce guitar rhythms, the bold beats, and the commanding vocals which portray such attitude and affection. The vitality of this outfit blazes through the exploration as the vocals soar.

This demanding focus emits into the complex soundscape that is fueled on these angular attributes and intense melodies. As the vocal harmonies carry this array of depth within the notes being reached and the rhythm of the deliverance, you can’t help but take in every single lyric. The honesty of the lyrical journey jolts a firm serious approach into the mix, this track infuses this raw fragility into the importance of this vision.

Of the forthcoming album –

Gates-storming opener “Pinky Ring,” road-tested by the band on its headlining 2019 dates, takes a teasing schoolyard melody and pairs it with a bright tambourine. It’s a perfect glimpse into the world Remember Sports have built on Like a Stone.

Like a Stone is about breaking away from old versions of yourself. Carmen rummages through feelings of doubt and spins them into an imperative to treat herself more kindly; her experiences growing up with Catholicism and later studying religion, as well as living with an eating disorder, provide a visceral lens for the literal blood-and-guts self-scrutiny she writes through.

“Like a Stone references something that’s slipping away, or sinking down into your brain to a place you can’t find,” Carmen explains. “The hard songs are guilt and anger coming out of me, and the soft songs are forgiveness.”

Repetition, both musically and lyrically, represent the negative thought loops that come alongside mental illnesses. “Do something right, just do anything right”—a refrain at the end of hard-edged, frenetic “Easy”—becomes a polar star thesis that Carmen returns to as a countermelody on “Materialistic.” A gorgeously anxious ballad about avoidance, that song provides a plaintive centerpiece at the end of Side A, as well as an astonishing outlet for Jack’s time-bending, scale-redefining guitar solos.

The songs on Like a Stone are about insecurity, but they’re also about optimism—emerging from an intrusive thought with a new way to perceive and care for yourself, represented in spectacular denouements made possible by the closeness between the band members. “We’ve grown up together and grown to trust each other,” says Carmen. In recording, Jack felt drawn to music that’s “communal and loud and cathartic, but also kinda confidential and private. I hope we achieved something similar, where you can hear the influence of each of us in the album.” Carmen seconds that; “It feels seamless. To me, Jack and Catherine’s writing feels like an extension of my own.” 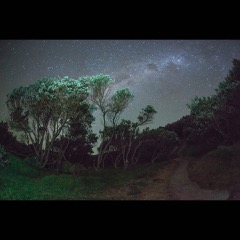