‘GET HER OFF MY MIND’

Eccentric indie-popper John Myrtle comes back with a sun-soaked single ‘Get Her Off My Mind’ as an ode to beach-pop love anthems of the 1960s. The new track is released today, February 17th via Sad Club Records and pressed exclusively on 7” for subscription service Flying Vinyl.

John Myrtle makes a charming comeback following his 2019 debut EP Here’s John Myrtle. ‘Get Her Off My Mind’ is a continuation of John’s uniquely eccentric sonic landscape and rose-tinted jangle-pop. It harks back to Jonathan Richman and Fred Neil with the addition of modern influences from the likes of Cut Worms and Stella Donnelly.

Although a classic love song about longing for a girl, Myrtle dedicates this track to his own love of beach-pop love anthems, citing the influence of The Beach Boys and classic 60s pop which played a huge part in his musical education. John was inspired initially by the likes of The Kinks and the La’s, aspiring to write the ‘perfect pop song’.

On ‘Get Her Off My Mind’, John states: “This song was written a long time ago and has stayed with me throughout the years so to finally give it a release is both exciting and relieving! I remember I was listening to a lot of The Beach Boys at the time, and just a lot of classic 60s pop which I guess is what I listen to anyway. Here though, I wanted to do a song that was just a very simple, catchy 3 minute pop song, like a Monkees track or something!”

Although wanting to release the track, Myrtle had to pigeon-hole it as he couldn’t quite get the production right at the time of writing. Myrtle tells: ‘I’ve actually had this song recorded so many times in various studios and it was never what I wanted. When I learnt how to record myself it was like I was enlightened!’

The track was recorded in Myrtle’s bedroom with a vintage tape recorder. Myrtle cites the importance of the early music of Ween as a major influence to his style of production: “I was always fretting about how I can never get things sounding how I want them in studios, and it never occurred to me, as stupid as it sounds, that I could get a tape machine and do it myself. The early Ween stuff made that seem possible.”

Myrtle‘s distinct voice conveys such a riching range, the vocal notes embrace this emotive exploration harnessing the adventure of “‘Get Her Off My Mind’‘.

You’ll be instantly drawn to the impressive strength of this creation, a lasting effort. The new release which clocks in just over 3 minutes, provides a reflective journey found in the honest lyrics. The raw words projected by a wordsmith that devours you, with influences that can compare relations between The Beatles, Buzzard Buzzard Buzzard, Marc Bolan to Willy Mason. John Myrtle recalls some 60’s/70’s rock singing icons and spins that comparison into their own direction. Myrtle has this flawless skill to connect to the listener and for onlookers to fall into the movement and cherish this artist. The tempo of this release ups the momentum and provides a track full of passion and verve. The honest lyrics command your attention throughout this acoustic jam which continuously injects melody into this no-holds-barred, modern rock ballad.

The live band consists of John Myrtle, Sean Harper, Ben Bartrop and Tom Short. They have supported artists such as Mick Head, H Hawkline , with Myrtle invited to join Boy Azooga onstage for a song. The release of Here’s John Myrtle was followed by a UK-wide headline tour, which the band hope to do again soon!‘Get Her Off My Mind’ offers the listener a charming depiction of love through his own dream world, offering a well needed burst of infectious positivity to start the new year with. 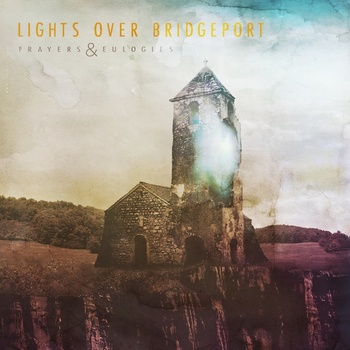