Arriving 5 years after their acclaimed debut A Youthful Dream,Ongoing Dispute is a long-brewed album steeped in honesty and tension that sees the band take a sonic leap forward, further perfecting their infectious, fizzing indie-rock melodies.

Yung are about to grip their audience with an album that will shake their audience to their core. Yung have perfected their dextrous sound and this almighty attitude laced in each of their energetic explorations. Their January release will secure their album of the year placement, this is a must-hear!

The 9 track album starts with “Autobiography”. Immediately this immersive formation is ready to pull you into its powerful creation, to embrace the urgency of this exploration and place yourself in the depth of this colossal soundscape ready and waiting. Yung commands your full attention from the first note and throughout the entire record. Yung has perfected such a gripping tone. Your first introduction to this band and they waste no time in gaining some serious momentum with “Autobiography”, chaotic stop-starts from the bashing drum kit that surges the fervor of this orchestration. The stop-starts joined by the dynamic riffs fiercely filling the atmosphere and sharing that standout tone mentioned earlier. The robust instrumentation collides with the energetic frontman where Mikkel covers such ground within the reflective words of Autobiography. Mikkel delivers a lyrical base that grips to the alluring atmosphere and delves into the realization of loss and challenges the reasoning, rhetorical questions then poise this composition.

When the album reaches “Above Water“, you are hit with an instant ferocity that runs deep within the outfit’s gritty tone and the initial flurry of instrumentation as the intensity and the fierce elements from Yung propel “Above Water” into this explosive and harmonious exploration. The driving momentum found in the crushing soundscape, the gritty bass tone, and the amped-up drums and rapid time signature provide this biting exertion and infectious power.

“Such A Man” follows and is a sharp piece of instrumentation. Yung toy with their own eagerness within each track they create. They hold such power, such harmony, and such raw rhythms.

As the dynamics of each composition abruptly twist and turn throughout the entire release, Yung effortlessly captures their exquisitely melodic energy without fail. The lyrics consume you, they project life’s real challenges, they resonate with real honesty and delivered with Mikkel ‘s vocals that reach out and embrace that essence of urgency, you take in every word and you feel the passion of the vocal execution.

Whether Yung decides to slow down their instrumentations such as “Hose It Off” or the albums final track “Friends On Ice” where these piercing rhythms join repetitive but worthy lyrics, to Yung ramping up their intensity with tracks such as “Unresolver“; the album is a cinematic masterpiece that consumes you continuously.

Ongoing Dispute is such an important creation. 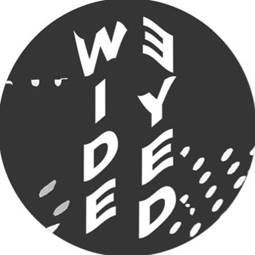