Tamar Aphek has unveiled the video for her new single, the beautifully desolate, “Russian Winter” taken from her debut solo album, All Bets Are Off,  out 29th January 2021 on Kill Rock Stars.

Tamar wastes no time into ramping up her addictive energy and fierce strides as the brash feedback engulfs your first introduction to this piece. Tamar gives focus to a composition boasting such buoyant beats and ardent intensity, whilst the consuming notes deliver a fierce appeal, its Tamar’s standout vocals that hold a mesmerising appeal. You hold onto every word Tamar delivers.  The depth of the brooding vocal intensity will captivate.

Tamar says of the video “´Russian Winter’ is my first concept music video. It was developed in a few stages: first a visual translation of my personal feelings in light of the collapse of the frameworks and creative endeavors in which I was involved with before the corona virus, hours of brainstorming with the director Amir Buxbaum on how to transform the ideas into a music video, and finally diving with the animator in a symbolic ocean of images.”  She goes on to explain, “We are facing huge changes in our old familiar world – I wanted to include images like the cycle of the four seasons hoping by sticking to the common-place it will help us move forward into the unknown world.”

Tamar is one of the prominent faces of contemporary rock in the Israeli music scene, and has been crowned “Israel’s guitar goddess” (Timeout Tel-Aviv). From her previous bands Carusella and Shoshana, to her current eponymous project, Tamar has risen to prominence in her home of Israel, toured across the United States and Europe, and sits poised to be heard globally with her new record.

After years spent singing in a prestigious children’s choir, a decade of piano lessons, and a musical conservatory education, and even a degree in law studies, what was left for Tamar to tackle musically? A full-stop pivot to wild, unbridled electric guitar, of course.  For Aphek, jumping head-first into an uproarious life of rock ‘n’ roll and catapulting through Tel Aviv’s burgeoning underground scene was kismet. “I remember when I bought my first really cheap, small amplifier, and my first shitty guitar,” she recalls. “I will never feel so happy about a guitar and amplifier again. Even if I play the most expensive Fender, nothing will compare to that excitement. “

In the process of writing and recording her new album, Aphek became fascinated at the idea of combining musical sounds and stylings she felt weren’t being incorporated by other artists. “I wanted to infuse rhythms into rock and roll that I wasn’t hearing elsewhere,” Tamar explains. “I wanted to write a Johnny Cash style song, but then dress it up in crazy Max Roach style drumming or Ethiopian rhythms. I was getting a kick out of hearing something that could sound like a catchy indie song, but with a strange reggae kind of feeling.”

In order to make her new record exactly as she wanted it, Tamar chose to produce the album herself and turned to Daniel Schlett (War on Drugs, DIIV) to mix and Greg Calbi (John Lennon, Bob Dylan, David Bowie) to master. To capture the band at their most locked-in, Aphek recorded All Bets Are Off after multiple months of touring, predominately at the studio of legendary funk and soul imprint Daptone Records. That time spent rehearsing and remixing ideas was vital to the album’s sound, as Aphek became increasingly fascinated with producing her rhythm section and fostering the relationship between drums and bass.

“During rehearsals before tour I wouldn’t even play guitar; I picked up the guitar only on tour and I started improvising all my parts,” she notes. “A lot of the improvisational freedom we hear in jazz records is missing for me in more current rock bands … I think that’s why we listened to a lot of bebop albums, and a lot of weird instrumental stuff: to open spiritual and artistic freedom and not be too calculated.”

For Aphek, the freedom to improvise was essential to creating the incredible ups-and-downs expressed on her solo debut. From percussiveness of “Crossbow”, to the creeping desolation of “Russian Winter”, to the intimate insights of “All I Know”, All Bets Are Off delights in twists and turns. Commenting on jealousy and surveillance, love and compassion, anger and escape, and countless more challenges unrevealed, it’s no wonder Aphek hoped to capture “the feeling of a rollercoaster.”

“Russian Winter” follows the previous singles, “Drive” and “Show Me Your Pretty Side”.

All Bets Are Off tracklising:

1. Russian Winter
2. Show Me Your Pretty Side
3. All I Know
4. Drive
5. Too Much Information
6. Crossbow
7. Beautiful Confusion
8. Nothing Can Surprise Me
9. As Time Goes By 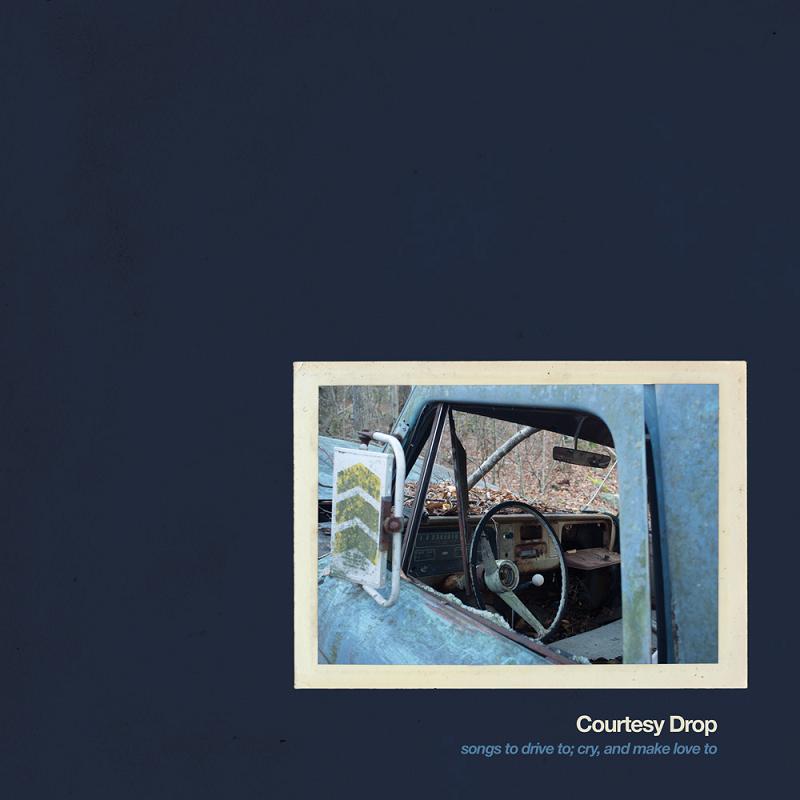