Our next takeover comes from a label that has pushed our own tape collection to another level this year. Founded in York in 2018, Safe Suburban Home (SSH) is an independent record label with a passion for a physical product at its core. This year the label has thrown themselves into a special cassette series, providing new music from a vast collection of talented artists around the UK. We were thrilled to add some of their releases from their single series into our own store (Cowgirl, Kimber), Safe Suburban Home have really been a vital label to support. We handover to Jim Quinn of SSH to find out more about their year in music …

I am absolutely obsessed with Laundromat.  I love everything about this band.  I first heard Humans during the lockdown and I reckon I’ve listened to it multiple times every day since!  There’s so much going on here, the vocal melody is smooth and beautifully delivered, the individual musical parts are performed perfectly and sit in the mix in a way that they take their own turn to be appreciated.  The final piece in the jigsaw for me is that it sounds better live.  There’s a full band performance on Instagram of them playing in Brighton at the backend of last year and it sounds amazing.  I’ll do everything I can to get this band to the North next year!

I’d been a bit ‘meh’ about Sports Team last year when the whole 6music loving started and I’d seen and heard a few interviews with the band that just completely turned me off them.  Then ‘Deep Down Happy’ came out, the album is pop perfection.  This track in particular is brilliant, and it has a massive, massive chorus (something I feel is missing in a lot of guitar music currently).  The melody is seriously infectious.  There’s a fine line between wit and being too obvious with lyrics but they just about get away with it.  I just hope they don’t overplay the ‘silliness’ too much on the next record and stay where they are.

Hooray for Bull!  This single has been a long time coming (well this version of it).  They’ve worked so hard to get here and this track is incredible.  On the face of it, none of this song is radio friendly, a mismatch of musical identities from the super fuzz guitar to the sickly pop backing vocals, but it just sits together so well as a piece of music.  Fair play to the guys over at Young Thugs for producing this record.  Being based in York I’ve had the pleasure of seeing these guys live on so many occasions and they really are the real deal on for me.  This single is the icing on the cake.  They’ve managed to move into the major label world, remaining completely credible and radio friendly.

Picked this track up from Iggy Pop’s radio show one Friday night.  I’ve been a big fan of No Age for a long time, but I’d missed this new record.  It’s always a barometer of a great band when something so simple as this can sound this good.  Love the vocal delivery on this track, powerful but melodic, understated guitar riffs and then a straight punk verse.  Perfect for me, noisy but melodic.

This is such a great single!  The wonky guitars and the different parts, aggressive but sweet in places, the gorgeous snare pattern when it all drops in together.  Nice touches with the screaming feedback low in the mix.  Finished off with an absolutely chaotic ending.  I’m really hoping there will be a chance of seeing them live next year.

This was such an amazing night.  We’d be working with The Early Mornings for about six months at this point.  We’d produced their single here in York with the band and we felt such a part of this release.  This was the first night of a run of shows that the band did to promote their single ‘Artificial Flavour’.  We’d noticed a fair bit of organic buzz about the band brewing off the back of their previous live shows in Manchester and the venue was absolutely rammed!  Helped by what is an amazing supporting line-up, including Vat-Egg who also were our first ‘cassette series’ release in collaboration with Alphaville Recordings.

I had the best view in the house as I’d taken up the role of door-person (I’m useless at this), everyone was having so much fun and we literally couldn’t fit any more people in the room.  There was a queue of people on the stairs.

The best part of this show was that everybody watched all the bands.  The atmosphere was the same all night and this is so nice to see.  Oh, and sold a few records too, so everyone’s happy!

This record has been a calming influence this year.  It’s a beautiful record all the way though and I’ve gone to it a few times when for one reason or another I’ve needed a self-imposed chill.

We quite quickly switched to cassette releases this year.  A lot of the income from the label comes from sales at shows which meant we couldn’t afford to front vinyl releases.  This also gave us the opportunity to work with a load of bands to do some really quick-fire releases.   It seemed like the perfect match to keep the label ticking over but also for bands to keep their momentum.

Between April and December, we’ve signed and released six cassettes from bands new to the label.  It was pretty ambitious and a lot of hard work, but it’s been a huge success.  Our returning customers to the label have increased massively and I think all the bands have enjoyed the process.

Yeah, I know, I’m 5 years late on this but this is the best sounding album of the year by a mile.  It’s absolutely gorgeous and I can see this becoming a bit of an obsession.

For me the highlight of the year for the label is that we’ve continued to grow.  There was a real temptation to take a pause after the first lockdown but I’m so happy we decided to push on with the cassette series.  We were totally gutted about The Early Mornings, it really felt that they were on the cusp of breaking so there was a bit of a temptation to write this year off.

As it turns out our little mail order cottage industry here at home has been the busiest it’s ever been.  It’s tedious work but it’s so satisfying.

As this is our 10th year of Rad Releases, we want to look back on your 10 years- has there been on standout moment/standout record of the past 10 years?

This is my ‘go to’ record for most occasions.  I adore all Crocodiles back catalogue but this record is my favourite.  It sums up my musical taste.  It’s full of singles, it’s noisy, it’s melodic, it’s a bit ‘out there’ and it was recorded DIY.  I think this is a real indication of how strong guitar music was in 2012/13, a great couple of years.

It’s got to be Bull’s year in 2021.  3 absolutely stunning singles released on EMI this year already.  I’m assuming an album will be out next year with a tour (COVID dependent), I think they’ll have a year like Sports Team have just had.  They’ve got so many previous singles that haven’t been re-released yet I expect the album to be an absolute classic.  Add the weight of the EMI Marketing Department and it can’t fail.

Label Plans for the New Year

We’ve got so many plans for next year!  At time of writing (mid-November), we’ve got 5 releases agreed and pencilled in up until July already.  A mix of singles, EPs and albums from some of the existing roster and some new bands as well.

As part of this we’re also going to try and do some UK distribution deals with overseas artists to see how that works out.

The most exciting news is that we’ve ordered our own vinyl cutter.  That’s means we can go super-DIY from the middle of next year.  We should be able to turn-around releases much quicker and literally cut records to order.  Much less waste and better financial deals for all concerned.

Thank you Safe Suburban Home for providing us with some essential releases throughout this year, we can’t wait to discover more via SSH next year! 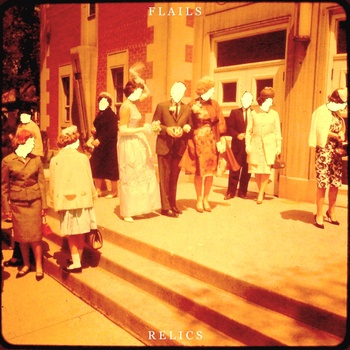