In the second part to this series, we speak to George Milner the Marketing and PR mastermind behind the ever-growing label Beth Shalom Records.  As we mentioned with Joe’s feature that came before, this year we’ve heavily featured the expansive and diverse roster from BSR, the label have been a remarkable entity this year, as they’ve pushed their platform promoting new music and a plethora of talented artists covering all genres. This year alone the label have introduced us to some of our most listened to artists- such as Marigold, Bryony Williams, Kern Parks, Treehouse, Autumnboy, Floods in Japan to name a few. We are in awe of the work ethos of this label and can’t recommend them enough! We speak to George to find out more about his year in music…

Loathe – I Let It In and It Took Everything –

I think it’s fair to say that if you’re a heavy music fan in any capacity; this record is probably on your favourite releases of 2020 list. I absolutely love this band, and ILIIAITE is incredible in every aspect. Favourite Song: Two-Way Mirror

When this EP came out my flatmates and I all watched the live-streamed Boiler Room set and it blew me away. I’ve been a James Blake fan for a long time now, and this EP in particular has been the soundtrack for a good 50% of my life since it came out. Favourite Song: Do You Ever

Funnily enough, upon first listen I wasn’t actually huge on this record. It took it coming on whilst I was out on a summer walk earlier in the year for me to really appreciate the record for what it is; front-to-back HITS! If you like shiny-sounding synth pop then you’ll love this record. Favourite Song: Patience

Deftones are one of my favourite bands but I won’t lie and say I wasn’t sceptical ahead of this record’s release. I think this record is easier to get into if you’re a fan of Diamond Eyes/Saturday Night Wrist-era Deftones, but enough of the heavier aspects to make the old school fans happy. Favourite Song: This Link Is Dead

Modern Rituals – This is the History

WHAT A BAND! Especially in the last few months as it’s gotten gloomier and colder outside this record has been such a fantastic companion for my after-work evening walks. There’s a perfect balance of abrasive pressure and haunting melancholy in this record and I cannot wait to catch these guys live again in 2021. Favourite Song: The Bull Never Wins

The powerviolence/hardcore band I front Chinned played our first headline show a few days before lockdown became a thing. We sold it out on the night which for our first ever headliner was pretty crazy and we hand-picked the lineup of bands that we all collectively love and have been massively supportive of us (Doomsday Clock, Pupil Slicer & Shooting Daggers) since day one. It was a cool show and makes me feel better about the fact that i’ve not played a show since. Funnily enough Joe (Booley) actually also put the show on for us through Let’s Stop Hanging Out, which is now a part of BSR.

I’d say there’s been two main records that have soundtracked this year for me.  The first being A Great Big Pile Of Leaves – You’re Always On My Mind – This is and will always be one of my all-time favourite records. It just makes me feel good and really helped me get through some of the not so great aspects of this year.

During the second half of this year I moved into a new flat with a couple of friends (including BSR artist Kern Parks) and one night when we were all just hanging out, somebody put on my second record that’s gotten me through the year; Frank Ocean – Channel Orange. It had been a while since I’d really given the record a proper listen, especially in the setting of being around my friends and it absolutely reignited my love for it. It’s actually become somewhat of a joke in the flat now actually that I listen to it so much, especially the track Pyramids (but if you know the beat-switch, you know what I mean).

How have you adapted with releasing/recording/promoting during this year? – T

his year has been a weird one for being a part of the music industry. Whilst on some aspects it’s been bad (losing my ‘day-job’ in music advertising & all the tours/shows the various bands I play/played in being cancelled) it’s also been pretty good. My band Death Goals recorded our debut LP back in August and for BSR this year has been pretty incredible. It’s been a situation of learning how to adapt to changes very quickly and also using the available time to focus on where we want things to be after the general fog of COVID is over and done with.

Most of my musical discoveries in 2020 came towards the latter end of the year. I’m pretty lucky that my friends are always showing me artists from a whole bunch of different genres so between being shown Dirty Projectors all the way through to KRUELTY it’s been a pretty good year for discoveries. If I had to pick one in particular though it’d be Girl Band; my bandmate Harry showed me them whilst we were demo-ing ideas for the Death Goals record and it was so refreshing to hear a band approach post-punk in an original way the way that they do.

I’d say a definite highlight for me has been signing and working with Treehouse – I’ve known those guys through playing in bands for a long time now and so getting to work on a release with them was very special. I’m also really stoked on the Bryony Williams record we put out in October. Honestly I would say this year generally has been a highlight for me; I loved everything we’ve put out immensely and i’m excited for BSR to have an even bigger year in 2021.

I am slightly biased here but my bands Death Goals & Chinned both have new releases out in 2021 which I’m super excited for, and aside from that I’d say these are just a few of the artists/bands to watch out for next year: Kern Parks, Pupil Slicer, Hidden Mothers and Lastelle!

Thank you George, really appreciate everything that BSR have introduced us to this year. https://www.facebook.com/bethshalomrecords

An Interview, Review and Live feature of Post-Digital, Progressive Minimalism with Tip The Scales | Simon Gore 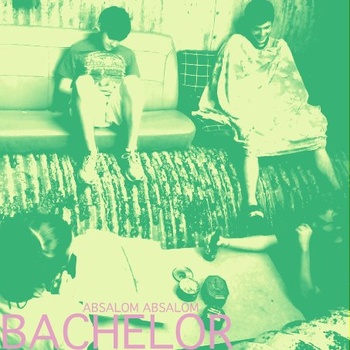 Rad Releases 20 – Hod and The Helpers