Releases live cover of Elliott Smith’s ‘Between the Bars’

Last month, Marika Hackman released ‘Covers’, a darkly beautiful, self-produced new album which showcases a more vulnerable side. ‘Covers’, which was hailed 6 Music’s Album of The Day, is out now on Transgressive for World-ex America and on Sub Pop in North and South America.

In celebration of the release, Hackman performed with her full band in an abandoned swimming pool. Fans can now relive the show as Hackman today releases her beautiful cover of Elliott Smith’s classic ‘Between the Bars’ performed on the night and filmed by Stolen Sessions.

Discussing the cover, Hackman offers: “Out of everything on this record, I kept Between the Bars closest to the original. On the Any Human Friend tours in 2019, I started playing it in the set – I hope you like this version from the livestream. I just wanted to do a really good performance of it, more like an homage than a cover.”

On ‘Covers’, we hear Marika’s emotive voice set against sparse arrangements of guitars and strings with the occasional synth or scattered drum groove. Breathing new life into the songs she’s chosen, Marika reimagines work by some of the world’s most beloved artists, such as Radiohead, Grimes, Beyonce and Elliott Smith. It’s a suitably varied collection, but Marika’s intimate delivery and soft, nuanced and atmospheric touch to production, thread them all together effortlessly.

Adventurous and versatile, ‘Covers’ continues Marika’s lineage in turning each body of work into a new take and perspective on her creative vision. She twists and turns, always surprises, and is never afraid to wear her heart on her sleeve. It remains anyone’s guess to imagine where she will head next. 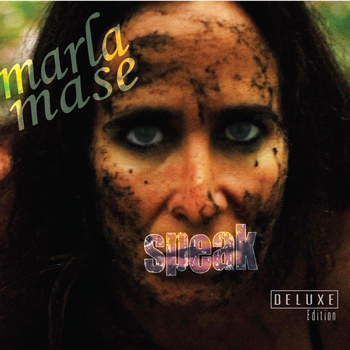