Juanita Stein has released the video for her new single, ‘Reckoning’, taken from her brilliant new album, ‘Snapshot‘ (out now via Nude Records).

The dreamy video, which follows Stein as she cycles through the nighttime streets of Southern France, was self-filmed in the summer and provides the perfect accompaniment to the song which, with the rest of the album, was written and recorded in the months following her father’s passing.

Says Stein, “‘Reckoning‘ is a song about the power of memory and grief. How the two go hand in hand. Certain images, smells and words can unlock the deepest or feelings. “The silence, the empty halls, the cold machines” is me recalling the antiseptic bubble we were in whilst visiting the hospital every day and the chorus is me releasing all of that. It’s an immensely cathartic tidal wave of angst and melody. The video was shot on a couple of iPhones in a small town in France called L’Isle-sur-la-Sorgue during the warmer months. Myself, a bicycle and a heart full of sorrow.”

The strains of the song are, as Rolling Stone put it, “as if she’s conjured words from a higher power and placed them on a blanket of broken glass and sweet apple pie. She cuts and nourishes all at once.”

A truly tender and heartfelt composition that oozes human touch and the renowned Stein charm.

Stein also announces fresh tour dates for 2021, running from May and concluding with a hometown show in Brighton on 2nd June. This tour will be Juanita’s first chance to fully play the new album live, although fans were treated to a preview when she and her band played a special show streamed from Brighton’s Electric last month, raising funds for the #WEMAKEEVENTS campaign in the process.  Stein plays the below (tickets on sale now): 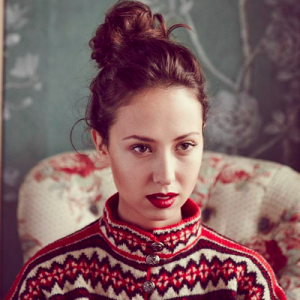