Combining elements of post-punk, noise & electronics, today we’re excited to introduce you to Gary, Indiana. Based in Manchester, the band have signed to Fire Talk Records and are sharing their new single & video “Nike of Samothrace“, which was directed by Will Shields, online now.

Speaking about the track, the band said “We wanted ‘Nike of Samothrace’ to be like a blunt instrument, both lyrically and musically. It’s purely brute force, gouging away with all dials turned up full, including the gutteral bass line, which was inspired by Thomas Bangalter’s score for Irreversible and Hans Zimmer’s score for Blade Runner 2049. We’re very much driven by rhythm and movement and also wanted to experiment with a Liquid Liquid style percussive breakdown, we love when genres and dynamics are smashed together in an untidy way… we love to butcher things.”

Nike of Samothrace screams excellence. This standout track is the perfect introduction to this compelling outfit. Abrasive and raw distrorted percussion emits from the far-reaching atmopshere of this track. The drums the first focus for this arrangement. Ferocious and complex guitar notes add to the flury of the composition. The expansive guitart rhtyhms cultivating to the chaos that consumes the audience iwthin the soundscape. Then the vocals add to the elements of this track, instantly you gravitate to Caulfield’s vocals. The addition of the lyrics feels like that of a sample being manipulated into the atmopshere, yet this is a live singer in the midst.

Gary, Indiana capture their infectious energy and brooding punk attitude into their vision and that attitude sets them apart from others. An act to get obsessed with!

Gary, Indiana founding members Scott Fair and Valentine Caulfield met when their previous bands shared a bill at Aatma, a venue in the heart of Manchester’s thriving DIY music scene. The visceral punk poetry style of Caulfield’s vocals – delivered in her native French – stuck in Fair’s mind and when both of their projects ended some months later the two started discussing ideas. After witnessing liberating experimental sets at venues such as The White Hotel, Aatma, The Peer Hat and Studio B they began writing together with a view to capturing some of the excitement they were surrounded by and warp it with their own idiosyncrasies. The duo found a third missing piece in Liam Stewart (percussion), whose past as a touring member of Lonelady made perfect sense encompassing the band’s forward-thinking electronic gaze.

Entirely self-produced with minimal mixing and deliberately recorded in industrial spaces that speak to the raw intensity that is integral to the trio’s music, the band also draws on both the macabre filmmaking of Gaspar Noe and Leos Carax as well as the influence of old videos on MTV2, VH1 and Kerrang, paying specific attention to the way visuals lend themselves to create a deep dive into a whole new world. Within the carefully stitched-together and spliced found-footage montages that make up their music videos, every image feels intentional and all the band’s entangled elements of post-punk, noise and electronics combine into a singular cathartic experience. Much like peak ravetime where music, lighting, and physical proximity collide into a feeling greater than the sum of its parts, Gary, Indiana seek to replicate the necessity of being here and now and unable to look away. In these unprecedented times where live gigging isn’t possible, they continue to find new ways to continue to create an absorbing sonic landscape, and are currently crafting an engaging VR set.

Still in the beginning stages of their career with only two singles to their name, “Nike of Samothrace” adds new elements to the groundwork of debut tracks “Pashto” and “Berlin” and recalls the ever-evolving soundscapes of bands such as Girl Band, Housewives or Giant Swan. The band is currently recording new music for tentative release later in 2021. 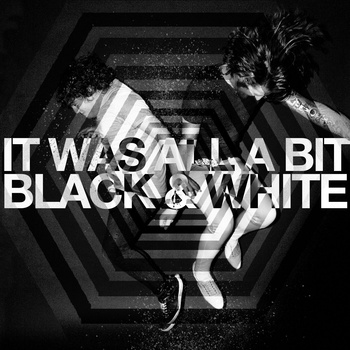