‘Spinning’ is a refreshingly eccentric take on self acceptance, self-love and male pattern balding. The song itself reveals complex textures and hidden hooks that reward repeated listens; from squelchy synths and slinky guitar hooks to glitchy drums and heartfelt vocals, ‘Spinning’ is bursting with ideas and a more knowingly pop sound than many of their contemporaries, boldly embracing catchy choruses and infectious grooves.

Such an enchanting illustrious new arrangement from moa moa. Exuding vibrance, deep grooves, and captivating elements that assist to the tentative vibe moa moa convey. The band embraces their ability to craft crushing tones with various experimental elements resulting in sweeping rhythms. Their vision is infectious, fun yet complex.

Singer James Ratcliffe on the track: “Lyrically, I was trying to be playfully candid about self-love and self-acceptance. The subject matter definitely slipped into the writing, which is where the colourful backdrop to Spinning comes from.”

Keyboardist Connor Foweraker adds: “Spinning is a bit of a shift from where we left off last, but we’re really happy to have something so vibrant to accompany Yellow Jacket.”

moa moa came together in the summer of 2019, initially as a creative outlet for songwriter and producer James Ratcliffe, who had previously been spending the year writing various jingles for a brand of Turkish ice cream. Their debut single ‘Yellow Jacket’ was released to critical acclaim, combining unconventional songwriting with pop-leaning sensibilities, and, as a way of being creative at the beginning of lockdown, they teamed up with animator Tom Sharp to create the mini-series ‘Please, Slow Me Down’.

The early days of moa moa have created an exciting blueprint displaying the incredible potential for what they could achieve, and with the release of ‘Spinning’ and the signing to Square Leg Records, 2021 looks to be an exciting year for the South London group. 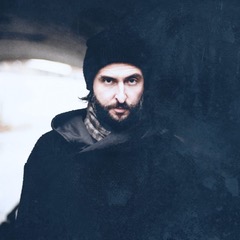