Drumm transforms two pieces in particular, one from Permanence (which was released in September) and another from Guy’s most recent work, [MT][NT][ET] which is out now via Houndstooth.

“Guy essentially said that he’d rather not hear his own music played back to him…So with that in mind, it freed me up to drastically transform his material…it was a good experience taking something that is quite different than what I usually get up to and turn it into something different than what it is in its original form”, Kevin Drumm hints.

Guy Andrews goes deeper still, “I wanted to hear Kevin reply to my work, like we were having a conversation via our methods of composition, rather than just doing a regular remix. I’m glad he accepted this invitation and made it his own.”

He continues, “Kevin writes ambient music that plays tricks on, and surprises its listeners. There aren’t many artists I’ve found who can manage that. He seems interested in textual composition, which is where we are similar, but he takes his work in a very different direction to my own. He felt like an interesting artist to approach with the concept of remixing two long-playing pieces of music, as I knew he’d just take the work into an entirely different universe.” 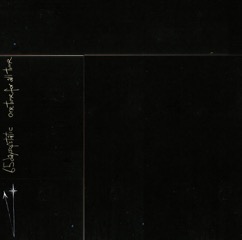