‘Absent Minded Reworks’ out now via One Little Independent Records

After a widely positive reception for ‘Piano Works’ – the solo deconstruction by Gabríel Ólafs of his debut album ‘Absent Minded’ – the gifted Icelandic composer has returned with his brand-new collection of reworks. A dramatically different take on his previous release, this time he’s enlisted the talent of Niklas Paschburg, Hugar, Masayoshi Fujita, Kelly Moran and more to completely reinterpret his usually minimalist output.

‘Absent Minded Reworks’, out now via One Little Independent Records, largely builds on the originals ambient melodies with layers of delicate keys and glistening synth, utilizing the touch of some of the industry’s most respected visionaries.

Brooklyn based producer and Warp signee Kelly Moran strips back Ólafs signature keys on opener ‘Think of Home’ in favour of swelling strings and a slow-building atmospheric intensity. Contemporaries Hugar, the duo also hailing from Iceland, use the addition of brass to ‘Bára’ to set it apart while adding a traditional feel, beautifully contrasted with Berlin-based Japanese vibraphone player Masayoshi Fujita’s follow-up ‘Another Fall, Another Spring’.

Soundscape expert Niklas Paschburg breathes new life into ‘Lóa’ with heavier, epic electronics. We’re given an even more impressive insight into the local talent of Iceland with Kippi Kaninus and Skúli Sverrisson’s respective reworks. Upcoming American ensemble Bing & Ruth take another crack at ‘Lóa’ giving it a more laid back, meditative spin and ‘Filma’ is also presented for the second time with the gorgeous use of harp (performed by Björk’s harpist Katie Buckley), followed by an accordion version of ‘Cyclist Waltz’. Finally we’re seen out with two gracefully reimagined track variations that, true to Gabriel’s raw talent, are sublimely emotive.

The entire album is an essential and riveting listen, in its entirety, the audience will experience some of the most captivating and immersive orchestrations. Ólafs understands the importance of connecting emotion to the compelling soundscapes time and time again. If it’s not a mystical aura created, it’s the ability to introduce darker entities to his piece. Deeper contextual notes and cascading atmospherical harmonies that exude the experimental electronic elements. Vast and complex rhythms build upon these essential intricacies of the developing sound waves that embody the emotive appeal of  Ólafs  creations.

Gabriel tells us that “Absent Minded Reworks is a project featuring the artists I listen to, love and look up to, as well as amazing friends and colleagues from my home country of Iceland (Hugar, Kippi Kaninus, Skúli Sverrisson, Katie Buckley, Ásta Soffía).Hearing my work reinterpreted by some of my absolute favorite artists has been incredible for me, so this project was a treat to make. I wanted it to feel like a record with a partial thread but with more variety in styles; so we had that in mind when curating and mixing it. I did not want to limit the reworkers but instead give full creative control. From Kelly Moran’s stunningly cinematic rework, to Niklas Paschburg’s inspiring danceable uptempo remix, to Masayoshi Fujita’s solo vibraphone performance. It has also been interesting not being able to travel because of lockdown, yet still working with artists from Germany, Japan and the US.”

Gabríel Ólafs wrote his debut ‘Absent Minded’ at just 14 years old and peaked interest for his deft appreciation for ambience and space, creativity and a musical story-telling ability far beyond his years. Masterful compositions ebb and flow seamlessly and depict epics from pure imagination, as Ólafs small town isolation means he draws his inspiration from the smallest things; a poster of a French cyclist, his mother gardening or the harbour down the road.

With ‘Absent Minded Reworks’ closing the book on this chapter of his life, Gabríel Ólafs’ fierce creative determination and endless vision continues to shine through without a hint of obstruction, having spent much of the last few months working on new material, broadening his sonic palette. 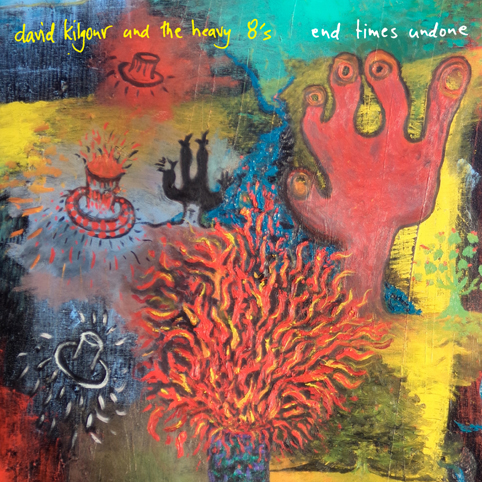