New York, industrial noise rock band Uniform return with their fourth album Shame and it is the bands most personal and harrowing album yet, and is soundtracked with a series of mechanized riffs and discordant noise that sounds better than ever meaning that the songs contained on this album sound bigger and heavier.

Fresh off last years Everything That Dies Someday Comes Back their third collaborative record within kindred spirits The Body, Shame sees Uniform go all out with their focussed and intense noise.

The unhinged industrial Delco, a tale of vocalist Michael Berdans tough upbringing in Pennsylvania; kicks the record off and from then on in, it’s a wild journey that takes in everything from the guttural groove of The Shadow Of Gods Hand to the brutal creeping nature of the albums title track to the full-on brutal nature of All We’ve Ever Wanted via triumphant noise if Life In Remission and the supremely crushing This Won’t End Well  and its never less than enthralling throughout.

Shame concludes with the almost eight minute I Am The Cancer and this epic track is a fine way to end things on, with its “And god will not love you forever” refrain amongst static feedback ending the track perfectly. This is a song that seems to sum up not only the sound of Shame but also the music of Uniform as a whole.

Uniforms’ core duo of Berdan and guitarist Ben Greenberg are now joined by drummer Mike Sharp (they have previously used drum machines) who makes his recorded debut with the band here and his inimitable and heavy groove style fits the sound of Uniform perfectly, with his drumming sounding as discordant as those previous machines.

With flawless production by Greenberg and mastering by the peerless Randall Dunn, the sound of Shame is undoubtedly powerful and perfectly fits the vision of Uniform and this is an album that tells a story with it’s music and it’s a deeply enthralling one, and one that you will not be able to let go of.

Shame is the sound of a band absolutely hitting their stride in the most hard-hitting way possible and it is defiantly unstoppable, the sound of the world collapsing in on itself and with this record, Uniform have made the best possible soundtrack to these crazy times we are living in. A truly monumental release.

Shame is out now, released September 11th on Sacred Bones 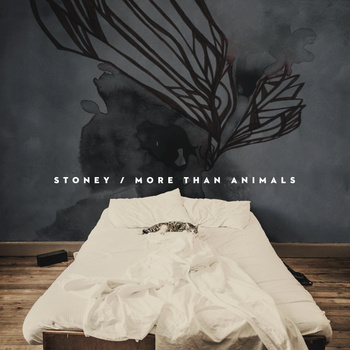