SINGLE IS FROM THE BAND’S FORTHCOMING ALBUM, THE RAGING WRATH OF THE EASTER BUNNY DEMO

Mr. Bungle, who recently announced the Oct. 30th release of The Raging Wrath of the Easter Bunny Demo (Ipecac Recordings), the band’s first newly recorded music in 21 years, have released a second single and accompanying video from the forthcoming album: “Eracist”. The dystopian video was directed by Derrick Scocchera with photography by Nicholas Finn Myggen.

Feel the unruly wrath of Mr.Bungle, the ferocity and intensity is exactly what is needed- they scream attitude and obnoxiousness and with that, your attention is hooked.

The Raging Wrath Of The Easter Bunny Demo pre-orders are available now (https://lnk.to/MBWrath), with the release available as a standard digipak CD and digitally as well as a collection of limited edition offerings (listed below with many sold out upon pre-order). A video for “Raping Your Mind” arrived in late August. The 11-song album was produced by Mr. Bungle, recorded by Husky Höskulds at Studio 606, and mixed by Jay Ruston. Rhea Perlman narrates “Anarchy Up Your Anus.” 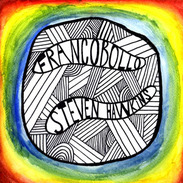 The Sonder Bombs Announce Signing to Big Scary Monsters & Share New Track ‘What Are Friends For?’