Since signing to Fire Talk Records in late 2019 Atlanta, the fierce band that is Mamalarky have been building an unexpected kind of acclaim. Despite their touring plans and their scheduled appearances at SXSW going by the wayside with the rest of the year’s live music calendar, the band – which counts ex-Cherry Glazerr bassist Livvy Bennett and White Denim keyboard player Michael Hunter among its members – have been the subject of a rare mid-pandemic buzz on the back of two one off singles, “Fury” and May’s “How To Say.”

Schism Trek packs a punch- a wonderfully bright yet brash arrangement that conveys harmony and rich vocals. This explosive lofi indie-rock gem is destined to mesmerize. With the abundance of synth waves swirling in the aura gaining great momentum, angular and biting guitar notes, and a gritty but bounteous tone push through the expansive atmosphere. As this kaleidoscopic composition continues to add to its flurry, the consuming soundscape showcases the enigmatic bass lines which add to the texture, the notes perfectly complimenting the crashing cymbals and the plentiful drum fills.

“Schism Trek explores feelings of acceptance and strength while navigating uncharted waters,” says Bennett. “At the time my bandmates and I were all touring in different projects and yearning for time with each other and our loved ones! But ultimately we all came out stronger as individuals and as a unit. It speaks to how unfair it is to be loving someone from a distance, and the grounding power of focusing inward and trying to let go of control during lonely, tumultuous times. Relax your jaw and love yourself, your time with friends will come soon!”

Mamalarky’s self-titled debut will be released on Fire Talk on November 20th. It is available for preorder here. 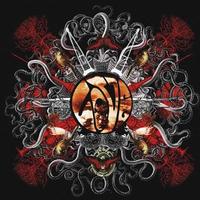