For multi-instrumentalists Jenn Wasner and Andy Stack, there is no fear of the unknown, no preciousness about rigidity, no hard definition of what their ever-evolving project Wye Oak is. There is no “if” about whether or not they’ll experiment with the format of their musical output—it’s “how?”

Case in point: ‘No Horizon’, the forthcoming EP featuring five new songs Wye Oak recorded with the Brooklyn Youth Chorus, available everywhere from July 31st via Merge. Today, the band shares’ No Horizon’s invocation “AEIOU” along with its lyric video featuring artwork by Eva Claycomb and animated by Bradley Hale.

Such a profound and enlightening new release- more of a movement , a totally stunning orchestration.

Pre-order the ‘No Horizon’ 12-inch EP on pink vinyl housed in a screen-printed clear plastic sleeve in the Merge store, or wherever records are sold.

Jenn Wasner on the background of “AEIOU”:“This song is about the inadequacy of language. It was written around the time that those currently in power took it upon themselves to think that they could minimize the existence of certain people by removing the words that we currently use to define them—like transgender—from use. Language is bigger than the powers that try to control it, but we are so much bigger than language. We are so much more than anything that can be suggested with words.”

‘No Horizon’ is a natural progression for a band embracing experimentation. Late 2019 and early 2020 saw Wye Oak release the singles “Fortune”,“Fear of Heights,” and “Walk Soft” in a more immediate fashion, condensing the window from creation to release. Wasner and Stack also expanded their live set-up from a duo to a five-piece band that included some of their most trusted and admired collaborators.

“There’s this sense of communion of making music with other people in real time and space, and that’s something that had eluded us on multiple levels,”Stack explains. “One was purely geographical, where we were living so far from each other, but also, through this style of performance that we leaned into in the last five years, we really got into this sort of electronic apparatus running different synths and drum machines and electronics. All of that was a way for us to maximize our fire power, maximize the output with a limited palette.”

‘No Horizon’ shows Wye Oak continuing to paint with new colors. While building out the sonic universe and people that revolve around Wasner and Stack’s songwriting, the thematic through line of these songs zeroes in on the isolation created by technology—how it makes us feel simultaneously too connected and disconnected, in the presence of an audience of people we wouldn’t otherwise be in contact with if it weren’t for the endless scroll. There’s also a perspective shift at play, with this subject matter being performed by a generation of kids plunging deeper into the technological ether than their elder counterparts. That peculiar brand of loneliness feels palpable on ‘No Horizon’, especially with the juxtaposition of Wasner’s exploration of that anxiety and the wave of young choral voices that rise up to meet her. This loneliness has appeared in prior Wye Oak songs, but here it’s made almost tactile. It’s a story told with new tools, Wye Oak’s latest endeavor of reinvention.

“We’ve known for a while that we needed to learn how to let this project evolve so that it could continue to exist, because our partnership as friends and musicians and collaborators feels important,” Wasner says. “We need to find new ways to make it still feel vital and still feel new. And this is a part of that exploration.” 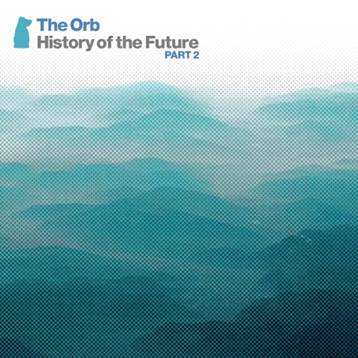