Jonathan Something‘s forthcoming Cannibal House Rules is a dramatic left turn for an artist who in his short career has already developed a reputation for his dexterous, left-field approaches to pop music.

His rapid fire flow of releases that has included numerous singles, 7 inches and two full LPs over the past two years, has seen him cycle through classic pop sounds that recall artists like Nick Lowe, Jonathan Richman, Bruce Springsteen and Todd Rundgren among many others, while maintaining a warped sensibility and crooked sense of humour that gives his songwriting a striking and unique tone.

For his latest effort though he’s turned his gaze in a new direction and created an ambitious and sprawling LP that recombines a vast collection of ’80s aural ephemera into a fascinating new direction. On his first single from the LP, “It’s Hip Not To Try” he tapped into sax-laden 80s balladry and on his follow up “Sticky Love” he created a would be Italo-disco classic that Paste described as “more than a mere homage” to the sounds of the ’80s, on which “the juxtaposition of idiosyncratic synths and theatrical moans with earnest lyrics worked wonders.”

The new single is a powerful hit already, with dark elements and real lyrics telling a story which shouldn’t elate the listener, yet the 80s element just hooks the audience. A track which is destined to become an anthem on your next favourite film. A resilient and reflective piece that impresses instantly. 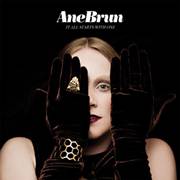