Acclaimed singer-songwriter Emma Swift has announced the release of a new animated lyric video for the song, “Queen Jane Approximately” which premiered on Rolling Stone.  The song is taken from her new album, Blonde on the Tracks – a collection of the Nashville-based artist’s interpretations of Bob Dylan songs (produced by Wilco’s Patrick Sansone), due out on 14th August on Tiny Ghost Records.

Blonde on the Tracks is available for pre-order now, including classic black 12” vinyl and limited edition CDs and orange 12” vinyl. All pre-orders are joined by the album’s remarkable first single, “I Contain Multitudes,” recorded at home during lockdown, as well as “Queen Jane Approximately.” Both animated lyric videos are available now.

Emma explains, “I’ve always enjoyed the Laurel Canyon sound and on this recording of ‘Queen Jane Approximately’, producer Patrick Sansone and I had a load of fun evoking the spirit and the sound of The Byrds. It was one of the first songs we tracked and really helped set the tone for the rest of the album.”

The video was created by visual artist and stop motion animator Hugh Hales-Tooke who says: “The visual inspiration for Queen Jane Approximately came from pondering the Rolling Thunder Revue and the magical, carnival sideshow atmosphere that has recurred at times in Bob Dylan’s work over the years.

Parts of the animation were made using real life elements: three dimensional, printed images sliding onto a stage like actors in a play, in contrast with the digitally created shots. But the entire animation is comprised of still images, including the live action segments with Emma, and also with the actor Emily Smith. No video footage was used in the animation.”

Blonde On The Tracks marks another chapter in Nashville’s deep connection with Dylan, a long, proud legacy encompassing such timeless LPs as Blonde on Blonde, John Wesley Harding and of course, Nashville Skyline.  Swift’s “Sad Eyed Lady of the Lowlands” harkens back to that distinctive sound, while other tracks call to mind Dylan’s celebrated work with The Band. Patrick Sansone’s masterful production provides the perfect light touch, supporting Swift’s vocals with instrumentation by some of the finest session players Nashville has to offer, including pedal steel guitar from Thayer Serrano, Steelism’s Jon Estes and Jon Radford (on bass and drums, respectively), and guitar by legendary British singer-songwriter – and inveterate Dylanologist – Robyn Hitchcock.

“The idea for the album came about during a long depressive phase,” says Swift, “the kind where it’s hard to get out of bed and get dressed and present to the world as a high-functioning human. I was lost on all fronts no doubt, but especially creatively.

“I’ve never been a prolific writer, but this period was especially wordless. Sad, listless and desperate, I began singing Bob Dylan songs as a way to have something to wake up for. Interpreting other people’s emotions is how I learned to sing and I’ve always enjoyed hearing Dylan’s songs from a female perspective.  You can learn a lot about melody and feeling by the way a singer chooses to interpret someone else’s song. You can learn a lot about words by singing someone else’s. I’m very influenced by singers like Sandy Denny, Joan Baez, Billie Holiday, Sinead O’Connor. There’s an art to interpretation, and for me, these women are the masters. I’m as indebted to them on this record as I am to Bob Dylan.”

Watch the video for the first single “I Contain Multitudes” HERE

Pre-order Blonde On The Tracks on Bandcamp 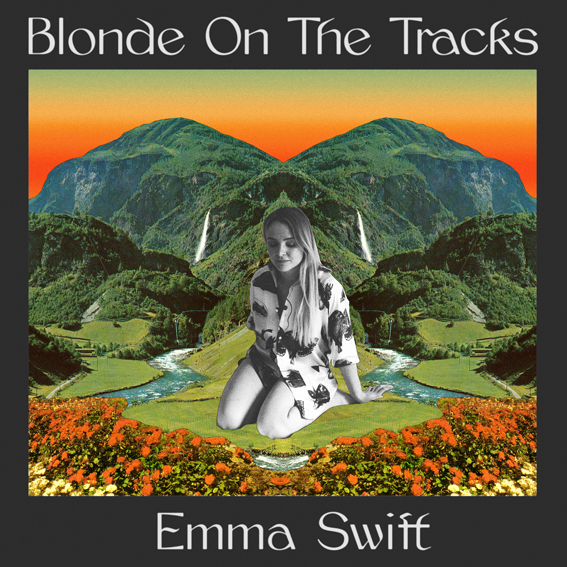 Blonde on the Tracks Tracklisting:

1. Queen Jane Approximately
2. I Contain Multitudes
3. One of Us Must Know (Sooner or Later)
4. Simple Twist of Fate
5. Sad Eyed Lady of the Lowlands
6. The Man in Me
7. Going Going Gone
8. You’re a Big Girl Now