Out now on Akira Records

Known for icy shades of electronica and boundary-pushing experimentation with sound, Phoria’s debut Volition was a masterclass in the art of intimate song writing, executed with incredible precision. The five-piece group have now returned with a surprising change of pace; new single ‘Intro’ is an abstract contemporary classical piece, out today on Akira Records.

“Intro is a piece all about a single moment where anticipation flips to elation” says Trewin Howard, usually the lead singer of Phoria. The quiet piano and mournful brass of Intro gives way to a sky-high bloom of strings – it’s a majestic listen, one that exudes the essence of infinite space. He continues; “I wanted to make a piece that could pull you up and out of whatever mood you are in and take you from a small, intimate and personal world into a vast and endless expanse. I see shimmering, searing golds and blues and yellows across an entire cosmic horizon. Through the heat haze I see glimpses of memories that I can’t quite reassemble.”

‘Intro’ is an orchestral movement that is climatic, expressive and mesmerising. The impression held on the ever-lasting notes will play havoc with your senses, beautifully bold and emotive.

Recorded at Abbey Road Studios with an array of talented musicians including a 12 piece ensemble, and the return of founding band member Jeb Hardwick (who briefly departed after their debut), the piece really sung in those hallowed halls. The band, at last reunited, understood the true value of their musical connection, which spans 25 years. “I’ve learned that we just have this shared vision of what music is, and what it should do to people. Whatever animal Phoria is, it requires all of us to release it.”

Formed 25 years ago at primary school in Salisbury, the bonds that tie Trewin Howard, Ed Sanderson, and Jeb Hardwick together run deep. By the age of eight, Howard and Sanderson were playing violin and cello together; by ten, they’d formed their first band. They were joined by Seryn Burden in 2011 and James Cheeseman in 2016. Yet while music has been a constant in their lives, they’ve been guided by the principle of only releasing when it felt right. When it felt special. “It’s very hard to put together music that you’re really, really, pleased with,” says Howard. “That’s how it should be.” 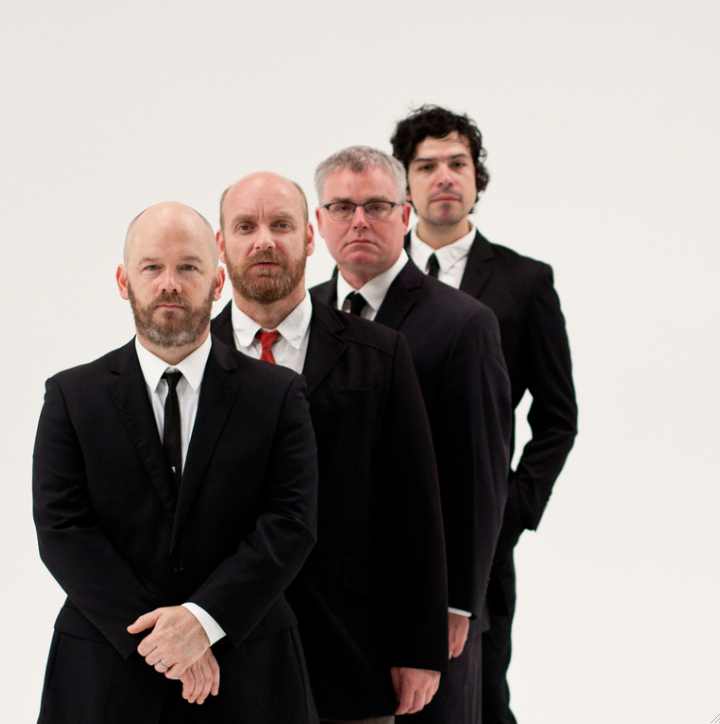